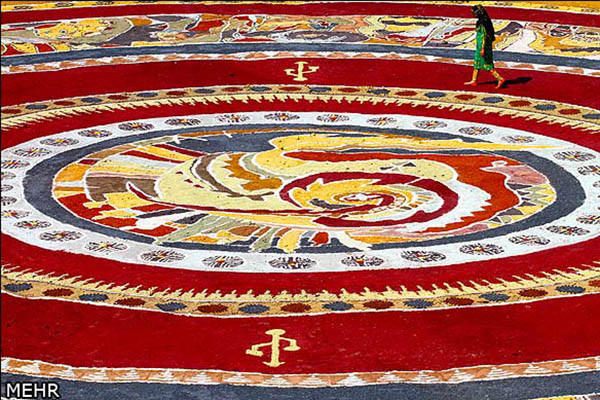 An Iranian MP has warned that Iran’s soil is being increasingly smuggled to other countries, expressing dissatisfaction with the failure of related bodies to identify and arrest the smugglers.

Iranian lawmaker Abbas Papizadeh has warned against an increase in the smuggling of Iran’s soil, blaming the Islamic Republic of Iran Customs Administration (IRICA) and other related organizations for failing to address the issue and identifying smugglers.

According to a Farsi report by ICANA, commenting on the status quo of soil smuggling in Iran and details of a bill recently passed [by the Iranian Parliament] to protect the country’s soil, Papizadeh said the bill was proposed in the previous Parliament two years ago, but the government asked for an opportunity to redraft and revise it prior to resubmitting it to the incumbent parliament.

“A few days ago, the government handed over the revised bill to the Parliament, where it has been placed on the agenda of its Agriculture, Water and Natural Resources Commission.”

A legal vacuum [in the country], along with a lack of transparency in [its customs] regulations, in the past few years have led to an increase in the smuggling of the Iranian soil, he regretted.

Slamming the poor performance of the responsible organizations in preventing the smuggling of the Iranian soil, Papizadeh said the random and frequent discovery of soil cargos being smuggled shows how serious the situation is.

“It takes several hundred years for each square centimetre of soil to be formed. Soil is among a country’s national and intergenerational resources, the sale of which is, in a way, prohibited. We are solely permitted to sell minerals such as decorative stones. This is while, currently, fertile soils are smuggled in the form of minerals.”

The bill on soil protection aims to conserve the country’s national resource and prevent it from being smuggled, stressed the parliament member

In addition to this, certain industrial activities as well as oil and gas extraction operations have, over the long-term, contributed to the poisoning of Iran’s soil, he noted.

“In fact the oil products used for digging oil wells in some regions have permeated through the surrounding soil. No one feels responsible in this regard.”

Damages Caused by Unrestrained Use

Due to a number of problems and [legal] gaps, Iran’s Department of Environment (DoE) is no longer taking legal actions in this regard, he said.

“Like the DoE, the Oil Ministry and Industry, Mine and Trade Ministry are also not very responsive. Although the amount of damages inflicted on the environment has increased considerably, no assessment has been carried out [of it] yet.”

Therefore, Papizadeh added, the need to safeguard the right of usufruct of the country’s soil is also stipulated in the bill.

He noted that issues pertaining to improving soil productivity and curbing excessive use of soil are also addressed in the bill.