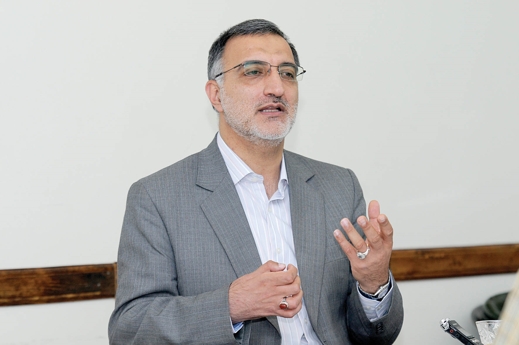 A Tehran MP has said that parliament’s JCPOA Review Committee will release its report on the Iran nuclear deal by late October so that the deal can be discussed on the floor before its implementation.

The head of parliament’s JCPOA Review Committee has said that the Islamic Consultative Assembly is not expected to simply say ‘yes’ or ‘no’ to the Joint Comprehensive Plan of Action (JCPOA); rather, it can set conditions for its implementation.

Alireza Zakani, a Tehran MP, made the comment in a TV news bulletin and added that under international law, parliament can put forward its own interpretation of the Iran nuclear deal so that the government can build on that to put JCPOA in force. The following is the translation of part of his remarks as reported by Khabaronline.ir on September 3:

Zakani said that the JCPOA Review Committee in parliament has already started its review of the Iran nuclear deal before it receives a government bill on the deal, adding that the committee will introduce a motion on the nuclear deal if the government fails to submit a bill for discussion on the floor.

He said that parliament was in recess last week, but his committee met every other day during the week and members of the committee are to visit the country’s nuclear sites.

Asked about possible rejection by P5+1 members of the likely changes the Iranian parliament will introduce to the text of JCPOA, the MP said that our hands are not tied. “We will simply release a report on the text of the deal, but we will have an expert review of the articles of the deal. Parliament can reject the deal if the deal’s disadvantages outweigh its advantages. Otherwise, the chamber can set conditions in order to minimize its weak points.”

“Parliament can also release a detailed statement for the implementation of JCPOA,” he said, citing talks with international law experts.

Zakani went on to say that parliament should comment on JCPOA in the three-month deadline set for the implementation of the deal since its conclusion, adding that the Review Committee will put out its report by October 29. He said that we have enough time to review the deal on the floor.

The Tehran MP also said the JCPOA Review Committee – which hosted Saeed Jalili [Iran’s chief nuclear negotiator during Ahmadinejad presidency] and Abbas Araghchi last week – had serious discussions with the related officials, adding that it will invite Messrs. Ali Shamkhani [Secretary of the Supreme National Security Council], Ali Akbar Salehi [Director of the Atomic Energy Organization], Mohammad Nahavandian [President Rouhani’s Chief of Staff], the economy minister and the governor of the Central Bank of Iran for its next sessions.