The operation to liberate Mosul from the ISIS terrorists was completed three years after the terrorist group’s ringleader, Abu Bakr al-Baghdadi, declared himself “caliph” in the Great Mosque of al-Nuri in 2014.

After over 1,000 days of incessant fight, on July 8 Iraqi forces managed to fully liberate Mosul following the destruction of the ISIS’ last few remaining strongholds in the northern Iraqi town’s Old City, and clearing the area of the terrorist group’s last few hundred elements.

Almost on the same day three years ago, the ISIS leader al-Baghdadi, who is now reported to be dead by some media sources, declared himself “caliph” or leader of all Muslims, in his only public appearance in the Great Mosque of al-Nuri. 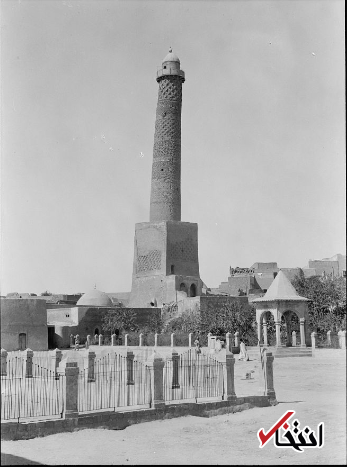 In June 2017, the mosque, one of Islam’s most venerated sites, along with al-Hadba minaret, was destroyed by explosions as Iraqi forces battled the ISIS terrorists who had holed up nearby.

Last week, the Iraqi Prime Minister, Haider al-Abadi, in a message on the occasion of retaking the Great Mosque of al-Nuri and al-Hadba minaret from the terrorists, said the ISIS’ bombing of the mosque and minaret, two of their spiritual symbols, had been a formal declaration of their defeat in the fight for Iraq’s second-largest city.

This came as a number of the city’s streets and alleys, then, had still been under the ISIS’ control which were fully liberated later during operations by the Iraqi forces on July 6 and 7. The armed conflicts in Mosul have now completely come to an end.

Following the Iraqi capital of Baghdad, Mosul is the country’s most populated city located in the northern province of Nineveh. It is the economic centre in northern Iraq.

The degree of destruction in Mosul is not comparable to that in any other Iraqi region. Earlier, a top UN official for Iraq’s affairs said more than $1 billion would be needed to reconstruct the city following its liberation.

Constructed some 900 years ago, the Great Mosque of al-Nuri and al-Hadba minaret, the oldest of its kind in Iraq, were recently destroyed by ISIS elements.

The following photos by the Entekhab news website show the mosque and minaret when they were still in place 85 years ago: