‘Mosques Should Unite People from All Walks of Life’ 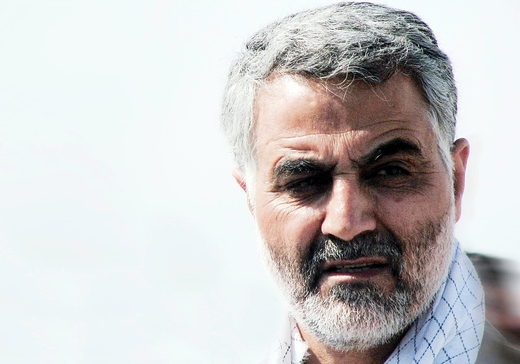 Major General Qassem Soleimani, the commander of IRGC Quds Force, says mosques are instrumental in safeguarding the society and should serve to bring people from all walks of life closer together.

Speaking at a conference on mosques, General Soleimani said prayer leaders at mosques should be able to attract all people, regardless of their political tendencies.

Efforts should be made to make everybody interested in mosques, including those who observe the Islamic dress code and those who do not care much about the Islamic headscarf, he noted.

“Why do you keep dividing people into the ones who care about hijab and the ones who don’t? Why do you term people as conservative or reformist? Who else would be left for us?” he went on to say.

“All children are not the same; it is rather the head of the family who should gather them together. Prayer leaders should be able to attract all people, regardless of their hijab,” General Soleimani noted.

He went on to say that individuals such as martyr Mohsen Hojaji were brought up and nurtured at mosques, according to a Farsi report by ISNA.

General Soleimani said all the differences between the Muslim world and the West are over mosques, and added the Islamic community’s religious and political life hinges on mosques.

“Today, countering cultural inroads has become more complicated and more unstable than in the past, and we should pay attention to the Leader [of the Islamic Revolution Ayatollah Seyyed Ali Khamenei]’s demands in this regard,” said the top commander.

“Today, we are facing cultural encroachments upon our society. The mosque is a place where defenders of holy shrines and individuals making sacrifices for the society are trained. Such a thing does not happen within governmental and parliamentary structures, but at mosques. We owe our success during the Holy Defence era (the Iraqi imposed war on Iran in the 1980s) to mosques and imams,” General Soleimani stressed.

He underlined that due attention should be paid to mosques and the enemy should not be allowed to infiltrate into mosques.

“We are facing two dangers: one is ‘religious sedition’ which is a domestic threat, and the other is ‘encroachment upon the Muslim world’ which is a foreign threat,” he noted.

“There are many mosques in Jordan and Egypt, but they are indifferent toward the Israeli regime’s actions,” said the general.

He underlined the need to protect mosques, saying, “Mosques are bases, and have an impact on the whole society.”

“The number of mosques is not important, but we should know that our revolution depends on mosques.”

“We pay as much attention to our interests as those of Iraq. We have not been seeking to seize oil wells and capture Mosul and Kirkuk,” he said.

The top general then said Iran does not act based on whether or not a community is Shiite or Sunni.

“99% of Palestinians are Sunnis, but we are defending them.”

“Iran has never created crises and nurtured Takfirism,” he said.

“We averted a religious war with [the help of] religion, not with military power.”

He also underlined the Leader’s guidelines in safeguarding the Islamic Revolution and countering terrorists and Takfiris.