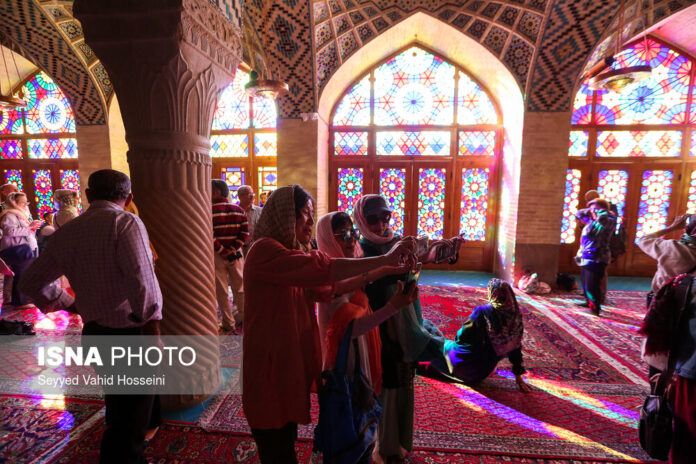 China’s ambassador to Iran says the number of Chinese tourists in Iran has increased with the efforts of the Iranian Ministry of Cultural Heritage, Tourism and Handicrafts and thanks to the cancellation of visa regime for Chinese tourists, but it is still far from the optimal goal.

He made the remarks in a meeting with the governor-general of Iran’s Golestan province during his visit to the province to attend the International Festival of Ethnicities.

Chang Hua, China’s ambassador to Iran, met with the governor of Golestan province, Hadi Haqshenas, and discussed the large-scale agricultural production and high tourism capacities of the province.

“Iran and China are two ancient civilisations and have been trading on the Silk Road for many years, and we are pleased that these exchanges are increasing day by day,” underlined the Chinese official.

Referring to US unilateral and illegal sanctions against the Islamic Republic of Iran, he added, “We have always been opposed to unilateral sanctions and expressed our support for Iran in the JCPOA and economic ties.”

Referring to the global registration of Hyrcanian Forests, he said, “As I told Iran’s Minister of Cultural Heritage, Tourism and Handicraft, Dr Moonesan, I would like to introduce Iran to the world as an honourary tourism ambassador of the country.”

Iran Ready to Jointly Invest with China in Incheboron

For his part, the governor of Golestan province said “railroad is a good way to carry goods and passengers, and we are ready to jointly invest with China on the Incheboron border in north-east of Iran.”

Haqshenas also noted that Golestan province has high cultural diversity of ethnicities and capacities, and is also ranked among the top provinces in terms of economic indicators.

“China has a joint venture in the Pakistani port of Gwadar, and we are ready to invest jointly, as more than 100 kilometres of the coast of the Caspian Sea is located in Golestan province. Chinese companies are currently working in the Anzali Free Zone, and their presence will be approved in the near future in Incheboron Free Zone as well,” stated Haqshenas.

“In the coming days, the Gorgan-Aktau flights will be launched between Iran and Kazakhstan, and we are ready for the presence of Chinese tourists in the Golestan province,” the governor of Golestan added.

During the visit, the Governor of Golestan invited the Chinese ambassador to attend ceremony to mark the global registration of Hyrcanian Forests.

Golestan Province is one of the 31 provinces of Iran, located in the north-east of the country south of the Caspian Sea. Its capital is Gorgan. It has a population of over two million and an area of 20,380 km².

The province enjoys mild weather and a temperate climate most of the year. Geographically, it is divided into two sections: The plains, and the mountains of the Alborz range.