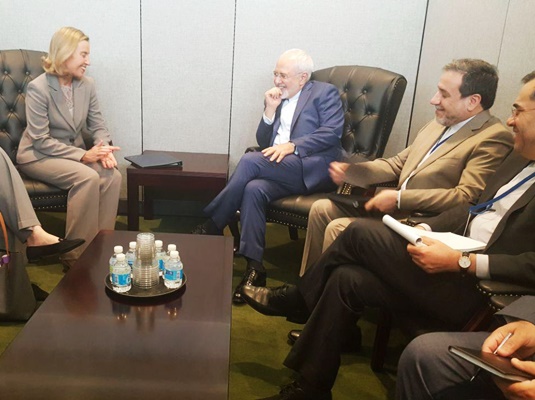 In their Wednesday talks held on the sidelines of the United Nations General Assembly, Zarif and Mogherini conferred on the latest developments regarding the implementation of the nuclear deal.

During the meeting, Mogherini once again underlined the EU’s support for and commitment to the deal, known as Joint Comprehensive Plan of Action (JCPOA).

The meeting came as the foreign ministers of Iran and the P5+1 (Russia, China, the US, Britain, France, and Germany) are due to hold a meeting in New York on the nuclear deal and its implementation.

This could be the first meeting between Zarif and his American counterpart Rex Tillerson.