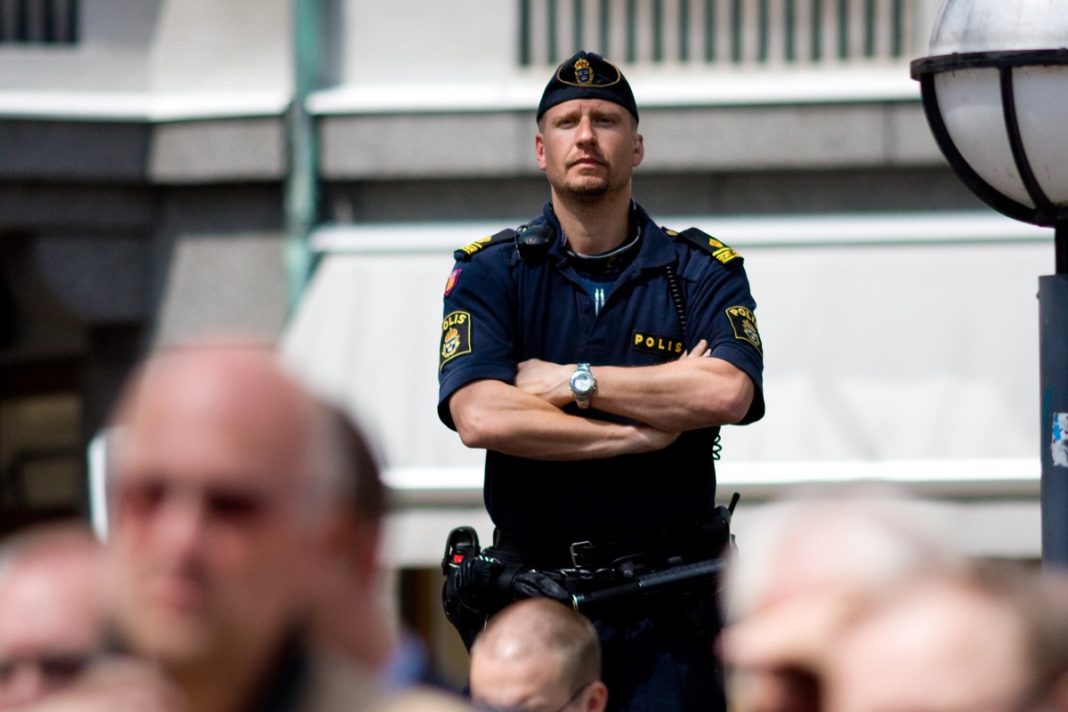 Members of anti-Iran terrorist grouplet, Mujahedin-e-Khalq Organization (MKO), have attacked the reporter and accompanying news team of Press TV, which were in the Swedish capital to prepare a report on an exhibition held in Stockholm on the group’s crimes.

Press TV says the government of Sweden must be held accountable for providing support for the MKO terrorists while being unable to maintain security of the international network’s crew.

Recounting the encounter with the terrorist cult’s members, one of the event’s organizers said the MKO terrorists violently attacked the posters and banners of the exhibition, which depicted parts of the widespread atrocities perpetrated by the terror cult against Iranian civilians.

The MKO terrorists slashed the banners with knives and splashed paint on them to hide their brutal crimes, while pelting the organizers with stones and eggs, in what was decried as a blatant affront to democracy and free speech.

The Swedish police finally had to arrest nine of the attackers following the confrontation and released an unspecified number of them afterwards.

One of the organizers stated some of the terrorists came back and resumed assaults despite police warnings.

In response, the Sweden’s police beefed up security around the event.

Members of anti-Iran terrorist grouplet, Mujahedin-e-Khalq Organization (MKO), have attacked the reporter and accompanying news team of Press TV, which were in the Swedish capital to prepare a report on an exhibition held in Stockholm on the group’s crimes. pic.twitter.com/kqCxatPgxZ

The exhibition is held near the court where Iranian citizen Hamid Nouri is on trial over allegations of human rights violations back in the 1980s.

Iranian authorities have strongly condemned the trial, saying evidence presented in the court was propaganda and provided by the MKO.

The MKO members harassed the family of Nouri in early May outside the Stockholm District Court, where Nouri’s trial is taking place, an eyewitness told Press TV at that time.

There were “a bunch of people screaming and saying really, really shameful and bad words toward an old woman,” he said, adding that this is something “I have never seen in my whole life. It never existed in my world. So, I was just shocked by what I’m hearing.”

He elaborated that he was passing by to go to work when he first saw the MKO members screaming and swearing at Nouri’s family in Persian.

The MKO has conducted numerous assassinations and bombings against Iranian statesmen and civilians since the 1979 victory of Iran’s Islamic Revolution. Its members fled Iran in 1986 to Iraq, where they enjoyed backing from former Iraqi dictator Saddam Hussein.

The anti-Iran cult was on the US government’s list of terrorist organizations until 2012. Major European countries, including France, have also removed it from their blacklists.

A few years ago, MKO elements were relocated from Camp Ashraf in Iraq’s Diyala Province to Camp Hurriyet (Camp Liberty), a former US military base in Baghdad, and later sent to Albania. MKO terrorists enjoy freedom of activity in the US and Europe and even hold regular meetings, in which European and American officials make speeches.