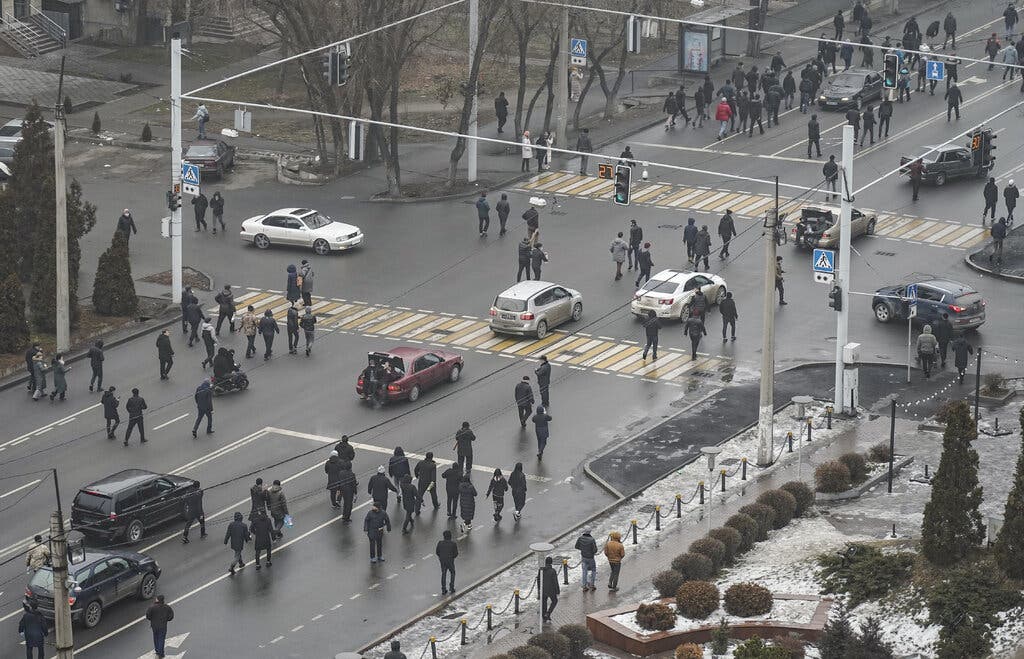 Official sources say more than 160 people were killed and 6,000 including several foreign nationals, detained in Kazakhstan during the unrest that shook the central Asian country.

A total of 164 people, including two children, were killed in violent, Sputnik news agency cited the health ministry as saying on Sunday. It added 103 people had died in Kazakhstan’s main city of Almaty, where the worst of the violence took place.

Almost 6,000 people have been detained in Kazakhstan amid riots, including many foreign nationals, the press service of President Kassym-Jomart Tokayev reported on Sunday after a meeting of the crisis center, according to TASS.

“As many as 125 criminal cases have been launched, and 5,800 people were taken to police stations, with a sizable number of foreign nationals among them,” it said.

It was stressed at the meeting that the situation had been stabilized across the country, the developments had been taken under control. All the earlier seized administrative buildings have been retaken, the functioning of communal services and vital facilities is being restored.

“Kassym-Jomart Tokayev emphasized that the law enforcement agencies will take all necessary action to fully restore public order and security in the country,” the press service added.

During riots in Kazakhstan 16 police officers and military of the National Guard and the Defense Ministry were killed and over 1,300 were injured, the press service of the republic’s Interior Ministry reported on Sunday.

“Sixteen police officers, military from the National Guard and the Defense Ministry, as well as from special agencies were killed by criminals while protecting public order and the constitutional system of the country, and over 1,300 were injured,” the ministry announced.

A wave of deadly riots swept across Kazakhstan earlier this week, following a sharp rise in gas prices. Despite the government’s attempts to quell the crowds and now-fulfilled promises to decrease prices, peaceful demonstrations turned into violent clashes with law enforcement officers, as well as looting, arson and acts of terrorism across the country.

Kazakhstan is currently under a state of emergency until 19 January as counter-terrorism operations continue across the country. Tokayev asked for the Collective Security Treaty Organisation’s (CSTO) assistance at the height of the violence, with several member-states of the alliance agreeing to deploy CSTO peacekeepers to Kazakhstan to safeguard vital infrastructure facilities in the country, while Kazakh law enforcement agencies work to bring the situation under control.

According to Turgumbayev, the rioters also attacked the buildings of the police and military units in an attempt to seize weapons.