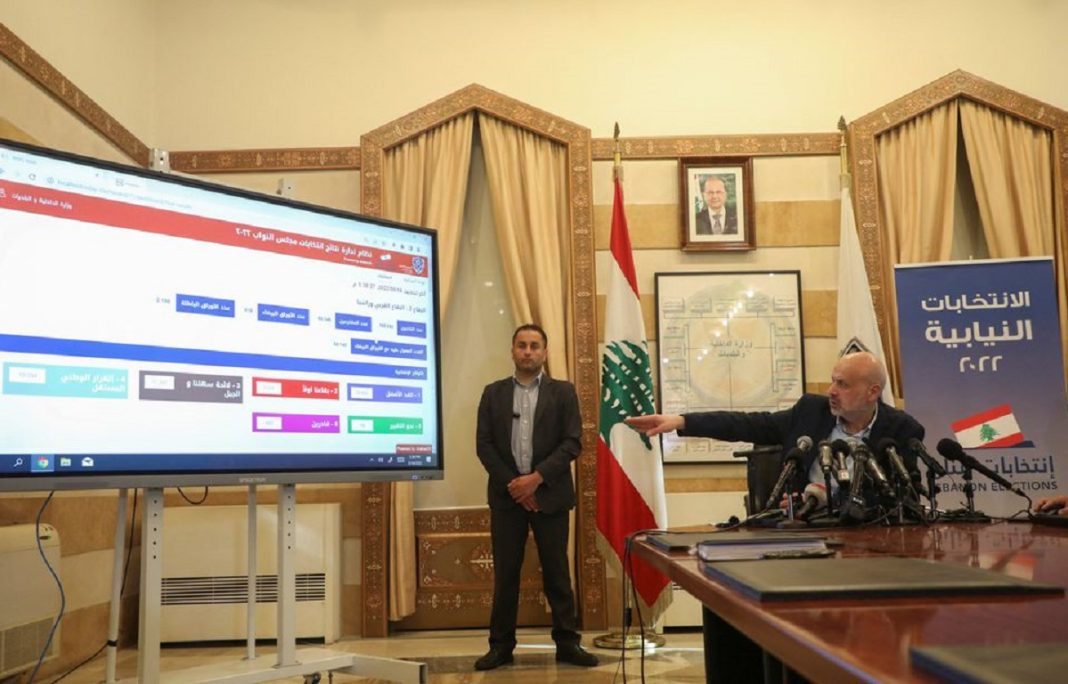 Lebanon’s interior ministry says Hezbollah and its allies have lost their majority in the parliament. The country’s general election results were announced on Tuesday.

The Shia party’s allies suffered losses across the country, according to results released by the Interior Ministry on Tuesday.

The pro-Hezbollah bloc secured around 61 seats, fewer than the 65 seats needed to secure a majority, and down from 71 in the previous parliament.

The Free Patriotic Movement, a Hezbollah ally, is no longer the country’s largest Christian parliamentary bloc, winning 18 seats in Sunday’s elections, compared with 20 for its United States and Saudi Arabia-backed rival the Lebanese Forces.

Other key Hezbollah allies, such as Druze leader Talal Arslan in Aley, and Sunni leader Faysal Karame in Tripoli, also lost their seats to anti-establishment candidates.

All in all, 16 anti-establishment independent candidates broke into parliament, a 15-seat increase compared with the 2018 elections.

Nine other candidates running on platforms critical of the status quo and the dominant political parties were also elected, among them billionaire businessman Fouad Makhzoumi, and four candidates of the once-influential Christian Kataeb Party.

For the first time in decades, the elections took place without the country’s largest Sunni party, the Future Movement.

Its leader, former prime minister Saad Hariri, stepped down from politics earlier this year. Some of his supporters endorsed the boycott, while some of his allies quit the party to take part in the elections.

Analysts and some Hariri allies feared that the political vacuum created by Hariri’s departure would allow Hezbollah’s allies to expand their influence in Beirut, Sidon, Tripoli, and other key constituencies.

However, in Beirut’s second district, a key electoral stronghold for Hariri, three opposition candidates broke through.

Ibrahim Mneimeh, an independent who won a Sunni seat in Beirut’s district with the most individual votes, believes that people want a new way of doing politics, and dismissed fears of a “Sunni gap”, as some analysts described.

“Those who said so were wrong – Beirutis decided to overcome traditional leaders and having to wait for their rights,” Mneimneh told Al Jazeera, adding, “And we didn’t just get Sunni votes, we got votes from Shia, Christian, and Druze, showing that having a civil discourse in the city matters to people.”

“Despite the challenging circumstances, the authorities demonstrated their commitment to adhere to the Constitution and honor Lebanon’s democratic traditions,” Guterres announced in a statement, in which he also called for the swift formation of a government.

The country’s new parliament will now have to appoint a prime minister-elect and form a new government in order to resume IMF negotiations and enact economic and structural reforms to help the Lebanese economy reemerge after years of tumult.

The parliament will also vote on its speaker, which will likely be Nabil Berri, who has held the role for 30 years, as well as the country’s president in October.

Over three-quarters of the population lives in poverty.

Lebanon’s 128-seat parliament is split among its many Muslim and Christian sects. The country’s sectarian power-sharing system dictates that the president is a Maronite Christian, the prime minister a Sunni Muslim, and the speaker of parliament a Shia Muslim.

Elections observers have accused the authorities and political parties of corruption and violence.

Lebanese observers from the Lebanese Association for Democratic Elections, a local NGO, counted at least 3,600 violations, and said political partisans, mostly belonging to Hezbollah and another Shia party, Amal, had attacked and threatened their observers.