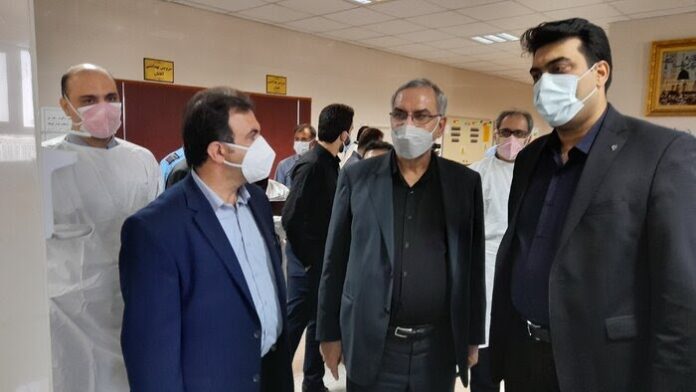 Iran will accelerate its coronavirus vaccination campaign in the coming weeks, as the government plans to import tens of millions of COVID-19 vaccines soon.

Iranian Health Minister Bahram Eynollahi says inoculations will speed up while authorities have arranged to step up vaccine imports and production, and increase the number of vaccination centers nationwide.

“We will see widespread distribution of coronavirus shots in provinces in the coming weeks,” the health minister said in a tweet.

Eynollahi has said the administration estimates that it will import between 40 and 50 million vaccines in the next two months.

The country has also introduced and is producing several domestically-manufactured shots.

The health minister noted that the administration prioritizes battling the virus and vaccination, calling on people to cooperate with health workers.

Iran has been widely criticized for a slow start of its nationwide coronavirus inoculation campaign.

Officials have partly blamed this on western sanctions which have made foreign trade very difficult.

Iran, which has suffered several waves of COVID-19 infections, has recorded over 108,000 coronavirus-related deaths so far.