Millions of Pilgrims Converge in Karbala to Mark Arba’een 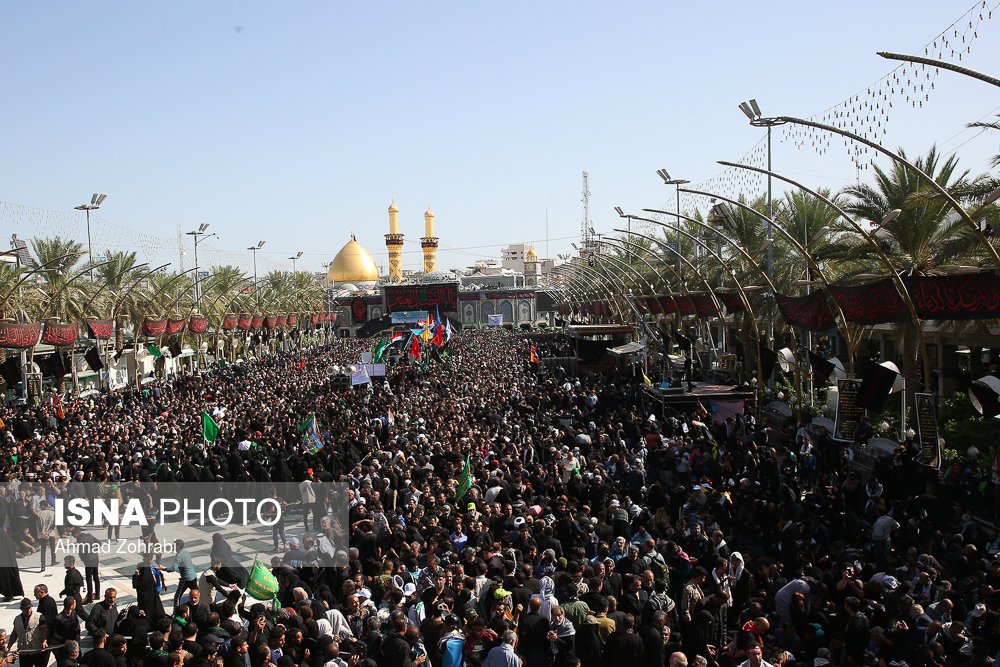 Millions of Shiite pilgrims from across the world have conevened in the Iraqi holy city of Karbala on Tuesday to commemorate Arba'een, the 40th day after the martyrdom anniversary of Imam Hussein, the third Shiite Imam.

The pilgrims converged on Karbala after an 80km march from the holy city of Najaf.
The procession has been held so far in full security thanks to efforts by the Iraqi army and popular forces.

Arba’een marks the 40th day after Ashura, the martyrdom anniversary of Imam Hussein, the grandson of Prophet Mohammad, in 680 AD.

According to Iraqi officials, pilgrims from 30 countries came to Iraq in Arba’een last year, but the number of countries this year has increased to 60.

Karbala, which hosts the holy shrine of Imam Hussein, has attracted millions of pilgrims, even non-Muslims, who create the world’s hugest human gathering in modern history.