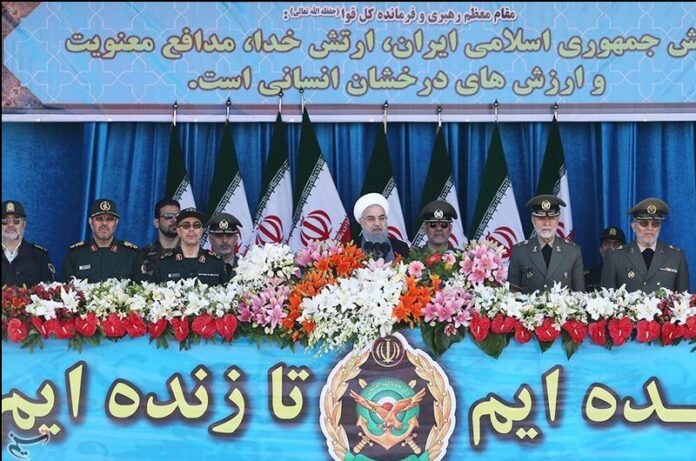 Iranian President Hassan Rouhani reassured the regional countries that Iran’s Armed Forces do not pose a threat to anyone, stressing that the country’s military power is only for deterrence and defense.

Delivering a speech to Army units attending the National Army Day parades in Tehran on Tuesday, President Rouhani underscored that Iranian Armed Forces would not present a threat to any party and would not look for military action against any country as the first resort.

“Our trend is avoiding tensions and encounters, but we need to remain vigilant in the face of plots hatched by the others and increase deterrent power,” the president added.

The regional countries can rely on the Iranian Armed Forces, he noted, stressing that Iran’s military power is defensive and deterrent in nature.

Unlike the armies of certain countries which represent aggression against the other nations, support terrorism, and ignore the law, the Iranian Army is the embodiment of order, faith, legitimate defense, and respect for law and national interests, Rouhani explained.

The president also highlighted his administration’s efforts to boost the country’s defense power, saying statistics show that Iran’s military budget has risen by %145 during his term.

Rouhani further noted that his administration is proud to have equipped the Armed Force with one of the major air defense systems that has been imported.

In 2016, Iran took delivery of S-300 air defense missile system it had purchased from Russia several years ago.

Following the presidential speech, various units of the Army put their latest achievements on display during parades. 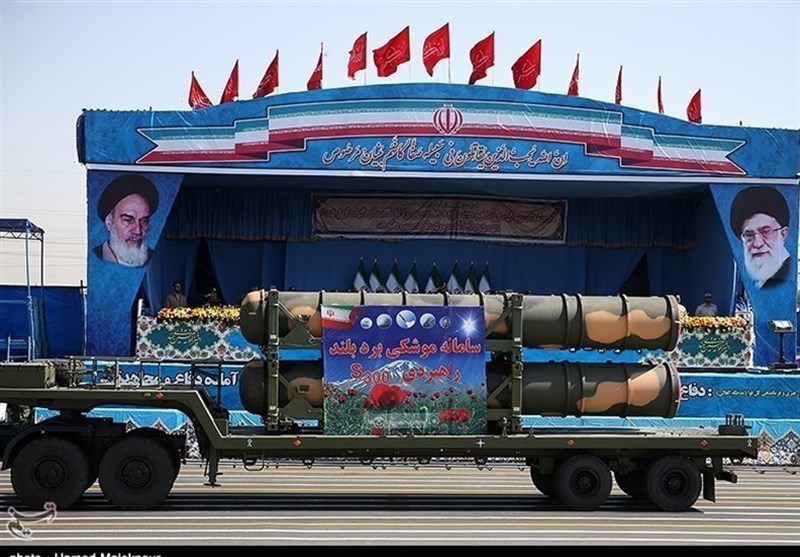