Middle Eastern birds and a lesson for Mr. Trump 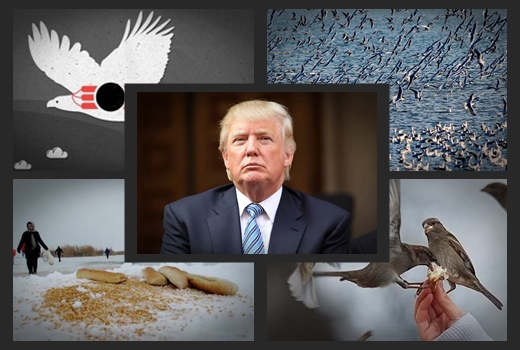 Iranian Muslims rush to the help of the environment and the wildlife, but ISIS terrorists seek to use birds as suicide bombers to advance their unholy agenda and spread the reign of terror in the world.

You are about to read two short and apparently unimportant reports. The selection and release of two independent reports in one single package is not merely intended to give you mixed feelings of happiness or sadness by learning about the sweet and bitter destinies of two types of birds in a region.

The main goal here is to offer two pictures in one frame to help readers easily understand the clash of two world views and two cultures which are reflected in the behavior of two people with different characteristic traits (society and culture).

There are two types of people who are – unfortunately in individual and collective manners, from afar and from a superficial and vulgar perspective – described as Muslims and members of the world of Islam!

IFP recommends reading and more importantly contemplating the origin of this news package to all those who are out of touch with ground realities in the Middle East but take the liberty of passing judgment on the unknown sects, creeds and territories.

Among the target audience of this news package, US presidential candidate Mr. Donald Trump has a special status, a man who sounds as if he were sympathizing with [the cause of] Takfiri Wahhabis like Al-Qaeda, ISIS, etc. in quest of yet another Crusade.

One day the GOP presidential frontrunner promises to ban all Muslims from entering the United States [until authorities “can figure out” Muslim attitudes towards America in the wake of the San Bernardino shooting], and another day he characterizes the Iranian nation as terrorists [On Tuesday, Donald Trump said the nuclear deal was a “horrible, disgusting, absolutely horrible deal” with a “terrorist nation.” (The New Yorker, December 18)].

Despite his great yearning – in past and present – for getting his hands on oil in faraway places, this GOP showman seems not to have any interest in studying the history of human civilization and the contribution of different tribes, nations and religions in this part of the world [the Middle East] to the evolution of the culture of the international community.

That’s why we had better talk with such individuals in plain language and explain the naked truth for them by bringing palpable examples which can spare them [the trouble associated with] thinking. And the truth here is: in the absence of knowledge and documentary proof, judging even one single individual clearly amounts to human rights violation, let alone passing judgment on an entire religion or a school of thought with hundreds of millions of followers, or even an entire nation!

The terrorist ISIS grouping is seeking to use birds as suicide bombers to blow up jets which target its positions in Syria and Iraq.

The terror group has posted a document on social networking sites detailing a new method it is to use – birds as suicide bombers – to attack fighter jets, Rusiya Al-Yaum reported. 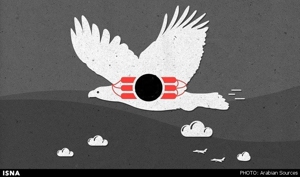 According to Vocativ, a media and technology company in the US, ISIS has decided to use the birds to bring down the fighter jets of the US-led coalition in the first place.

The new tactic [“A New Way to Down Warplanes”] is to strap a “lightweight” bomb to a bird and train the bird in six steps to fly into a jet and detonate an explosive — effectively making the bird a suicide bomber.

The mastermind of the plot suggests using a Urea bomb, which he theorizes was the explosive used by ISIS to down the Russian Metrojet plane that crashed in the Sinai Peninsula, [killing all 224 on board in late October].

After conducting extensive research, the ISIS sympathizer said, he found two birds which properly fit this type of operation: falcons and vultures.

Birds-turned-into-suicide bombers seem highly unlikely to greatly contribute to hunting the jets, because the height, speed, and the noise of these jets are so high that prevents the birds from approaching the planes.

The head of the Environment Protection Organization in Naghadeh, West Azerbaijani Province, said that a group of environmentalists have rushed to the help of migrant birds in the town in the cold, snowy days by spreading seeds along the Sulduz Lagoon to feed them. 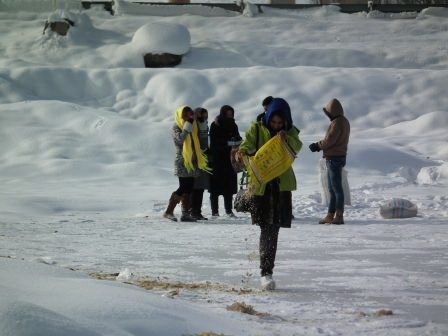 Faramarz Safari further said that heavy snowfall has caused the marine habitats and lagoons in the town to freeze over and this may cause the migrant and indigenous birds in the lagoons to die of hunger. That’s why, he added, the Environment Protection Department in Naghadeh has taken measures – in cooperation with environmental groups – to spread seeds to feed the birds and the wildlife during the cold winter.

Much of Sulduz Lagoon has frozen, he said, adding that the first phase of bird feeding saw more than 300 kilograms of wheat and beans spread in different places along the lagoon for the birds to feed on. 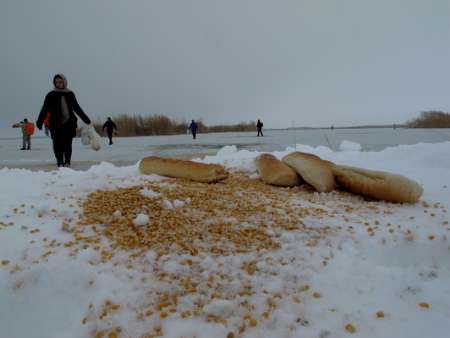 The environment chief in Naghadeh went on to say that leaving feed for birds and the wildlife on cold winter days can generously contribute to efforts to maintain and protect the animals in the wild and to prevent the indigenous birds from migrating to other regions.

Sulduz Lagoon, which is located 25km to Naghadeh, was revived in 2001. The lagoon is now in good conditions and this has caused seabirds and other animals to migrate to the watery habitat in northwestern Iran.

Naghadeh is home to seven seasonal and permanent lagoons in which more than 10,000 migrant and indigenous birds live. Hasanloo, Darge Sangi, Yadegarloo lagoons in Naghadeh have been recognized as international water habitats.