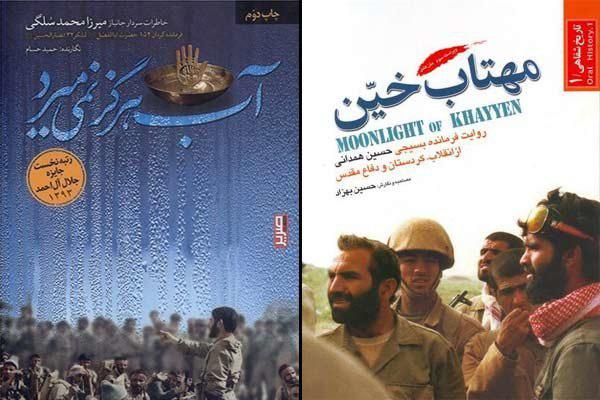 The Arabic rendering of the memoirs of a martyred senior Iranian commander has drawn massive attention in Syria.

The Arabic translation of the memoirs of martyred IRGC commander Brigadier General Hossein Hamadani, which was unveiled in Syria last winter, has received immense popularity among Syrian readers.

According to a Farsi report by Mehr, the book named “The Moonlight of Khayyen” includes General Hamadani’s memories of the Iran-Iraq war in the 1980s.

It contains Hossein Behzad’s interview with Hamadani as well as Behzad’s research and surveys about the operations in which Hamadani had taken part. The book includes 20 chapters.

Moreover, the eighth impression of the book “Water Never Dies” has recently hit the Syrian market. It contains the disabled war veteran Hamid Solgi’s memoirs of the Iraqi imposed war on Iran. It is compiled by Hamid Hessam, an Iran-Iraq war researcher. Leader of Iran’s Islamic Revolution Ayatollah Seyyed Ali Khamenei had inscribed the book with a note of commendation.

During the eight years of Iran-Iraq war, Solgi was the commander of a key Iranian battalion.

The first impression of the book hit the shelves in 2014.