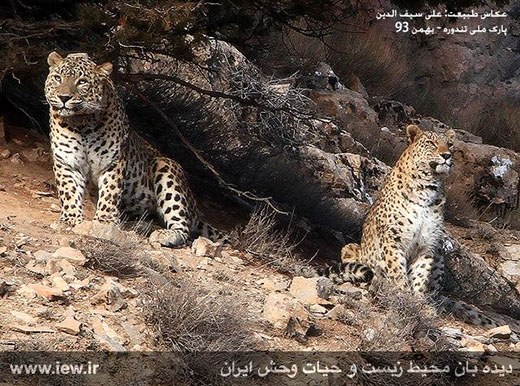 The 20-minute featuring Bardiya a Persian leopard mating will be released as a wildlife documentary shortly.

A 20-minute wildlife documentary of what he has caught on camera will be released soon.

Borna, and Bardiya [two male Persian leopards which are estimated to be 4-6 years old and 8-10 years old respectively] were captured alive and equipped with GPS tracking neckbands in the national park in northeastern Iran in late September.

The following is a photo gallery that the news website of Iran Environment and Wildlife posted online on February 16: