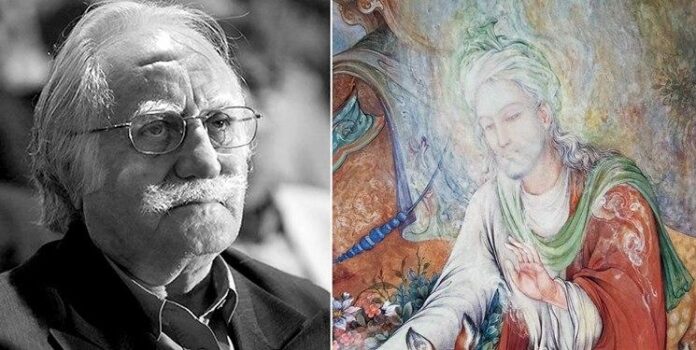 The painting “The Guarantor of the Gazelle” praises Imam Reza, depicting a story in which the Shiite leader acted as a mediator between a gazelle and a hunter.

The Guarantor of the Gazelle refers to the story of a deer caught by a hunter in a forest. Passing by, Imam Reza asked the hunter to free the deer, so that she could raise her babies, but he promised the deer would come back afterward. The hunter accepted and freed the deer.

Months later, the deer returned to the hunter’s home. However, the hunter declined to kill her as he saw the miracle in what had happened.

In the painting, Imam Reza is illustrated with a halo all around his body unlike other paintings by other artists in which only the faces of revered figures have a halo around them. 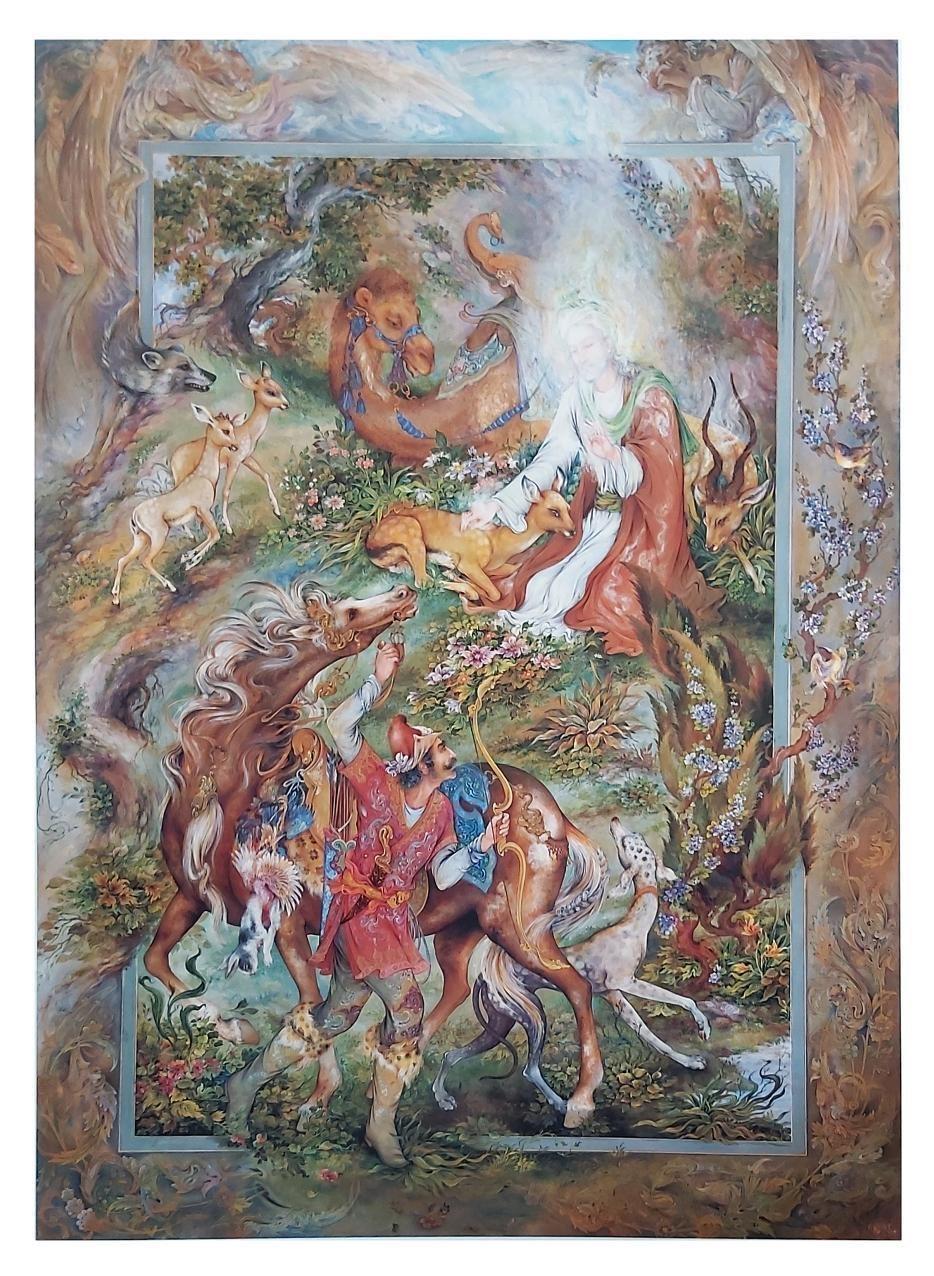 Farshchian tells the story of how he saw the face of Imam Reza before painting the artwork.
He says he had gone to the US to undergo a heart surgery back in 1980. Farshchian says he asked Imam Reza to help him throughout his treatment procedure.

He says in the last test that he had to undergo before the operation, there was, surprisingly enough, no sign of illness! He says the doctors wouldn’t believe what had happened.

“Your heart is healthy and does not need any surgery!” they told Farshchian.

He says it was then that he decided to paint “The Guarantor of the Gazelle.” He says he saw Imam Reza in his dream.

Farshchian has also painted another artwork called “The Guarantor of the Gazelle II,” depicting the deer taking refuge in Imam Reza and showing the hunter repenting of his plan to kill the gazelle, disposing of his hunting equipment and saluting to Imam Reza. 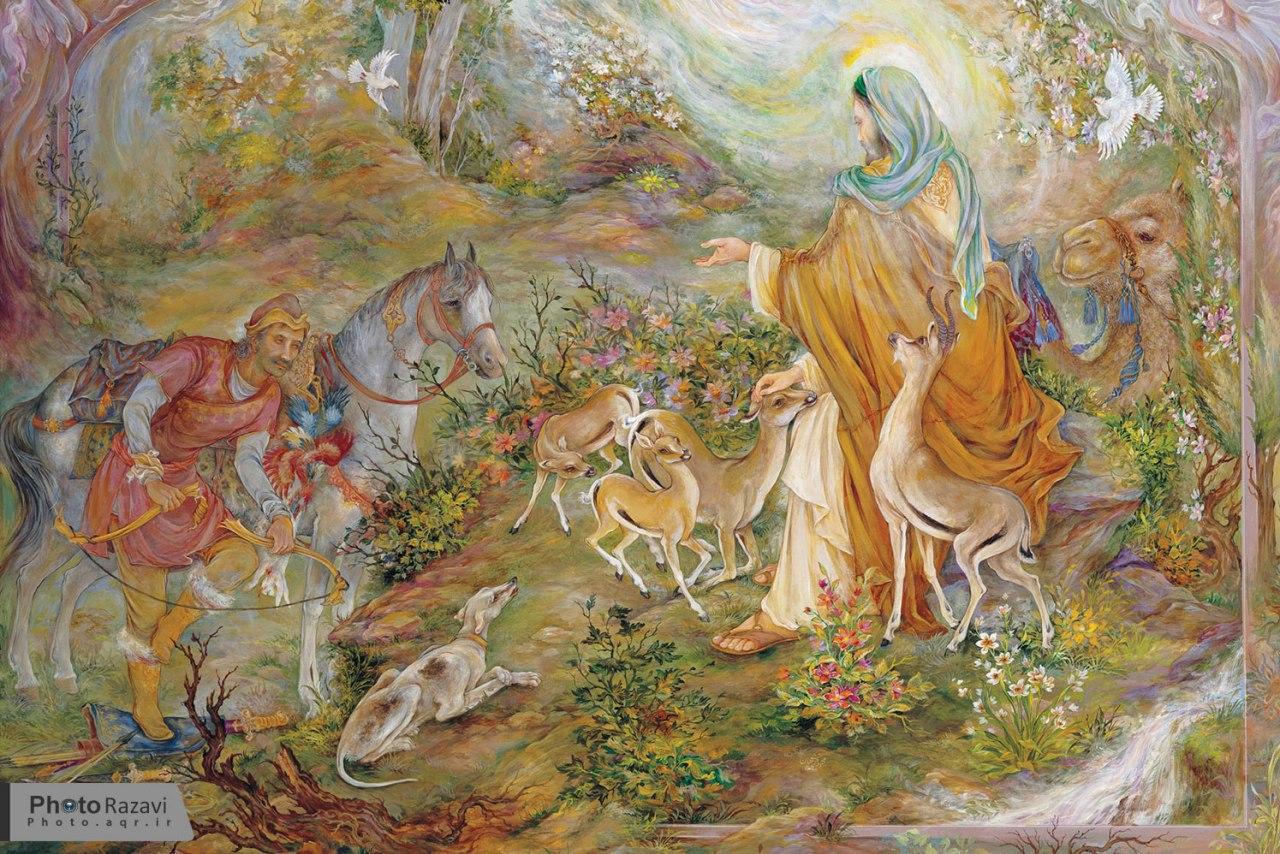