Iran Front Page
Home Business Economy Which Markets in Iran Are Most Profitable? 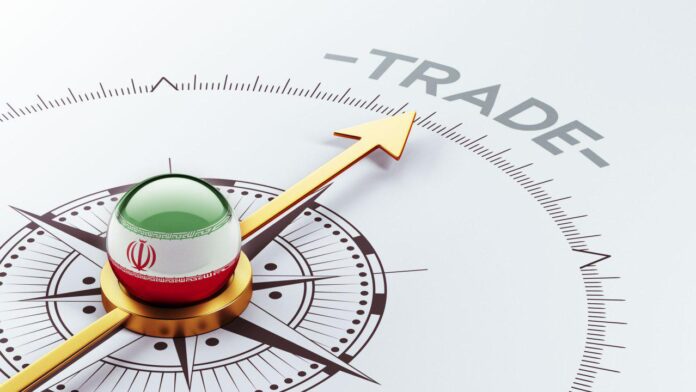 Which are the most profitable markets for investment in Iran? This is perhaps the main question lingering in the minds of all investors and even those who are seeking to launch a business in Iran with their savings.

During the past years, some emerging markets in Iran have grabbed the attentions of investors including the sale and purchase of Mobile SIM Cards, vehicles and so on. But there are five markets with the largest amount of profitability: stock trading, banking, gold, currency, and real estate.

According to a Farsi report by the Iran daily newspaper, the Islamic Republic underwent deep changes in the aforementioned markets under former president Mahmoud Ahmadinejad. About ten years ago, the real estate market topped the list of most thriving markets in Iran with a rapid growth in average apartment prices per square metre. About five years later, the currency (and to some extent the gold) market ranked first at the list among most profitable markets in Iran. The investors made considerable profits in this market due to the unprecedented fluctuations of gold prices.

But the economic stability was restored to Iran’s economy after the inflation rate fell and the emotional fluctuations of bank deposits began to decrease. This paved the way for the financial market to replace the top thriving markets.

Today, as a low risk investment, the bank deposits have begun to attract the attentions of the investors. Meanwhile, the Iranian banks’ decision to raise the interest rate of their deposits to 25 percent (from 15 percent approved by the government) made the deposits a safe investment for people. But despite the changes, it is not clear yet whether or not the market will remain at the top of the most profitable markets in Iran by the end of the current Iranian calendar.

In the latest survey conducted by the Iranian state-run TV on the profitability of different markets in Iran, most of the viewers voted for stock exchange as the most profitable market. According to the survey, 40.6 percent of the participants said trading stocks is more profitable compared with gold and real estate markets. Meanwhile, bank deposits with 25.25 percent ranked second in the list. Gold and real estate markets stood respectively as the third and fourth profitable markets in Iran.

Profitability of Iranian Markets over Past Year

A brief overview of the profits gained in the financial, gold and real estate markets over the past year reveals that the financial market rank first with a profit of 18.79 percent. But since the interest rate of bank deposits are considered riskless, the real profitability of this market has been negative over the past year.

A report by the Research and Development Department of Iran’s Stocks Company says after over-the-counter, the profitability of coin, stocks and dollar markets stand respectively as the second to fourth in the list of most profitable markets. In a period of 9, 6 and 3 months, the nominal profits of financial, coin and real estate markets were less than the profits of the low risk market of the bank deposits. In other words, the economic loss of investments in each of the mentioned markets is more than those in the bank deposits.

During the same period, the profit of dollar market has been minus 0.16 and the profit of real estate experienced a limited growth of 0.74 percent. This comes as observers say if the interest rate is decreased by the Central Bank in the coming weeks, we are going to see a deep change in the ranking of the most profitable markets in the near future. The order of the list will also change when the markets are evaluated by their real profit which is calculated by decreasing the current inflation rate from the nominal profit rate.

The average apartment price per square metre in Tehran began to rise steadily during the first three months of the current Iranian calendar year after a short drop in the first month.

Observers expected that the average apartment prices keep up their growth steadily. This is mainly due to the annual growth of the real estate market in the first three months of the Iranian calendar year as well as the growing inflation rate over the past months. Reports say, during the first three months of the current Iranian calendar year, the average apartment price per square metre in Tehran increased by 4.9 percent compared with the same period last year.

The coin and gold market won the title of the most profitable market of Iran last year. In the current Iranian calendar year, the market experienced a considerable instability. In the first 90 days of the current Iranian calendar year, the fluctuation of the gold price experienced a limited 1 percent growth. This comes as the average gold coin price has had an 11.11 percent growth in the same period.