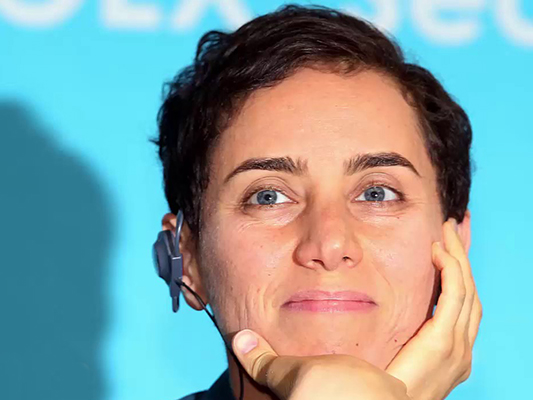 Iran says the UNESCO’s Executive Board has named March 14 as the International Day of Mathematics in honour of late Iranian math genius Maryam Mirzakhani, who died in 2017.

The news was announced by Iranian Minister of Science, Research and Technology Mansour Gholami on Sunday.

According to Gholami, the Executive Board of the United Nations Educational, Scientific, and Cultural Organisation (UNESCO) at its 25th session named March 14 the International Day of Mathematics for the role of mathematics in advancing other sciences, especially in understanding major social, environmental issues including climate change, and the destruction of biodiversity.

The Iranian minister said the purpose behind naming March 14 as the International Day of Mathematics is to widely publicise the activities in the field of mathematics.

He further noted that in UNESCO’s document the scientific achievements of late Iranian mathematician Maryam Mirzakhani and three other female mathematicians are hailed.

According to the minister, the document emphasises the constructive role of women in the development of math and calls them role models for women and girls in all societies.

The 14th day of the third month of the year has been chosen as the International Day of Mathematics on the basis of number Pi (3.14).

The Islamic Republic of Iran was elected a member of the UNESCO’s 58-member Executive Board in 2015.

On 13 August 2014, Mirzakhani was awarded the Fields Medal, the most prestigious award in mathematics. Thus, she became both the first woman and the first Iranian to be honoured with the award. She died of breast cancer in July 2017 at the age of 40.