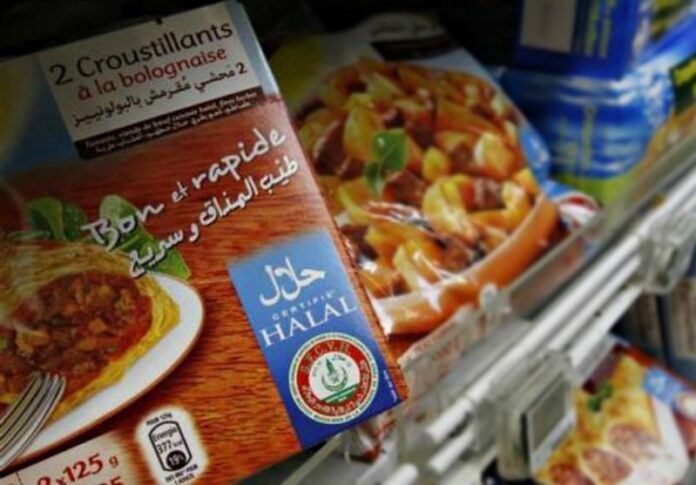 Malaysian International Trade and Industry Minister Mustapa Mohamed voiced his country’s willingness to have cooperation with the Islamic Republic of Iran in the field of halal industry.

The two countries can have joint investment in the production of halal food, halal medicine and halal cosmetics, he said after a meeting in Tehran with Head of Iran Chamber of Commerce, Industries and Mines Gholam Hossein Shafei on Saturday.

He added that in his talks with the Iranian official, they discussed ways for financing joint cooperation in the field of halal, including through Islamic banks.

Halal means permissible in the Islamic Sharia law and covers everything from food to finance, logistics and tourism. The global halal industry is estimated to be worth more than $2 trillion, including a $1 trillion food market which is expanding.

A growing middle-class Muslim population compounded by rising demand from non-Muslim nations has sparked a race among many countries to scrape a niche in the halal market.

Major Muslim countries such as Malaysia, Indonesia, Brunei, Turkey, Iran and Pakistan as well as non-Muslim nations like Japan, New Zealand and Britain are jockeying for position in the market.

Elsewhere in his remarks, Mustapa Mohamed said he is in Tehran to follow up on the “important decisions” for development of bilateral trade made by Iranian President Hassan Rouhani and Malaysian Prime Minister Minister Najib Razak in their meeting in Kuala Lumpur back on October 7.

President Rouhani, who visited Malaysia during a tour of Southeast Asia, said at the time that Tehran and Kuala Lumpur are resolved to restore their bilateral relations to pre-sanctions levels and then promptly double it.

“We also plan to turn 2016 into the year of development in improvement and expansion of mutual ties in economic, political, scientific and cultural fields,” he added.