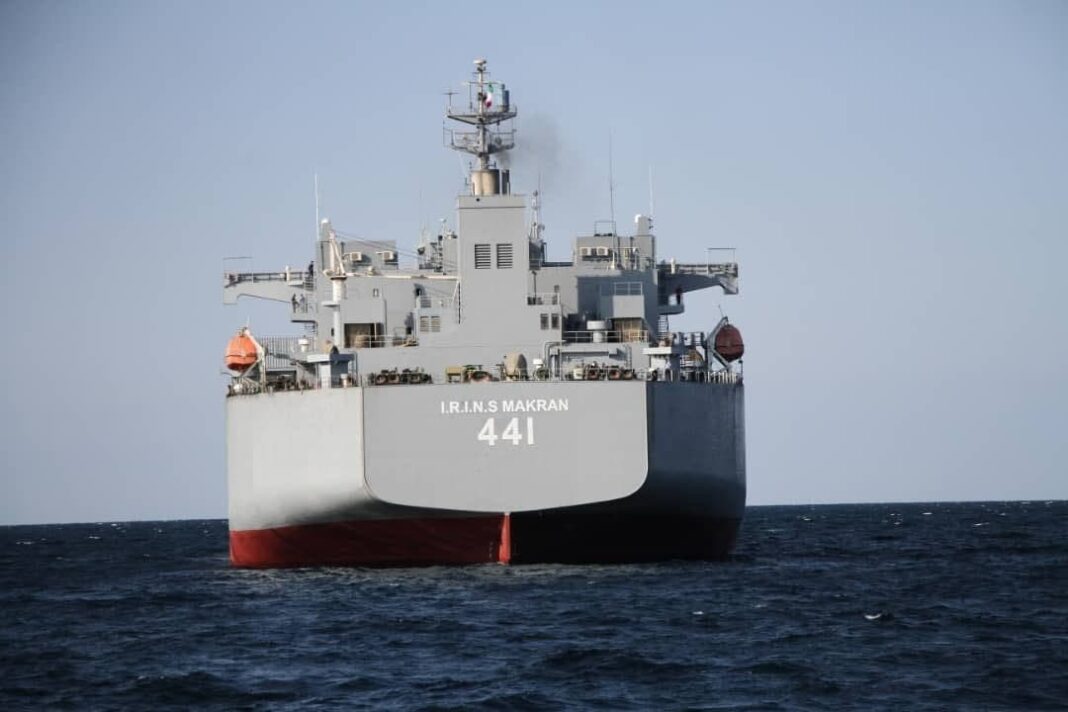 The Iranian forward base ship Makran joined the country’s naval fleet on Tuesday, January 12, 2021, upon the order of Major General Mohammad Baqeri, the Chief of Staff of the Iranian Armed Forces.

The huge ship is said to be the biggest forward base ship in the Middle East, and enjoys special support capabilities.

Makran can serve both the naval flotilla of the Iranian Army, and other Iranian cargo vessels.

Admiral Hossein Khanzadi, the commander of the Iranian Navy, said in September that Makran will be able to carry six to seven helicopters.

He said the ship can also be used for a wide range of missions, including e-warfare, missile, drone, chopper, and even special operations.

He did not give details about its size, but said Makran will be 24 metres longer than Iran’s Kharg vessel.

The forward base ship is said to be similar to the American-made Expeditionary Sea Base (ESB) ships.