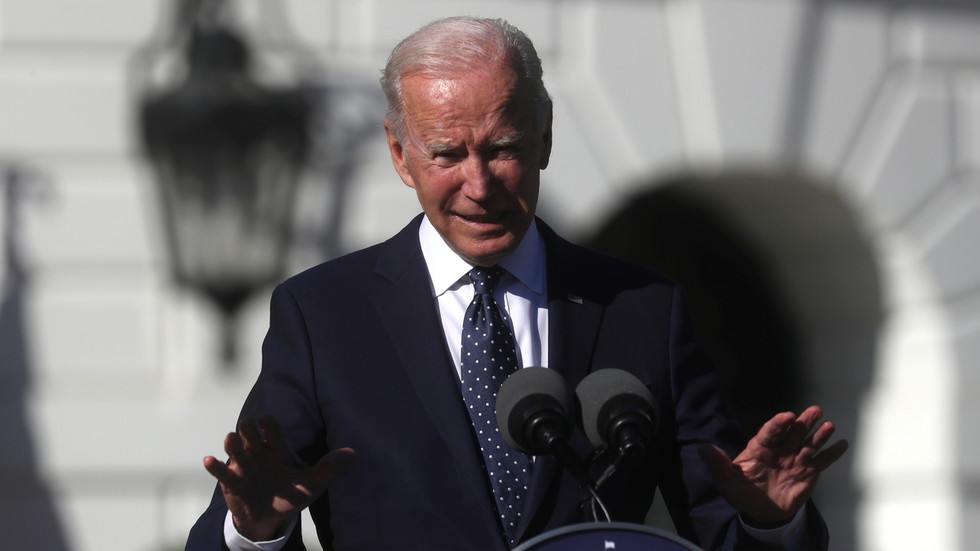 More than 60 percent of Americans are pointing a finger at US President Joe Biden's policies over the rising inflation, a survey shows.

Sixty-two percent of Americans said Biden is somewhat or very responsible for increasing inflation — the same number who believe the country is on the wrong track, according to a new poll released Wednesday.

Forty percent said Biden’s policies are very responsible and 22 percent said they are somewhat responsible for inflation, which has hit its highest rate in 13 years, a Morning Consult/Politico poll found.

Another 18 percent believe the administration’s policies are not too responsible, and 10 percent said they aren’t responsible at all.

Asked if the country is on the right track, 38 percent agreed, while 62 percent believe it’s on the wrong track.

According to the Consumer Price Index, the cost of food has increased 4.6 percent since last year, with the prices for meat, poultry, fish and eggs topping the list of food items at 10.5 percent.

In August, the inflation rate was up 5.3 percent compared to a year ago, meaning a household with the median annual income of about $70,000, pays an extra $175 a month on food, fuel and housing.

The poll also asked respondents what they view as the top issue when it comes time to vote in the upcoming midterm elections.

Economic issues like wages, jobs, taxes and spending finished on top with 38 percent.

Coming in second at 18 percent are security issues involving terrorism and border security.

Asked which party’s candidate they would vote for if a congressional election were held today, 45 percent said Democratic, 40 percent said Republican and 15 percent said they didn’t know.

The poll surveyed 1,998 registered voters between Oct. 16 and 18. It has a plus/minus 2 percentage-point margin of error.