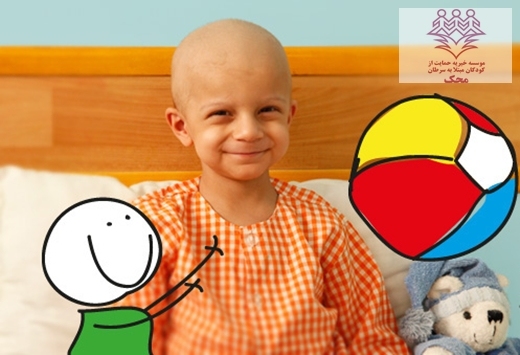 Mahak Charity, which builds on philanthropic activities and public donations to save children lives, was the world’s tenth top NGO in 2013.

Mahak Charity is one of the world’s top ten Non-Governmental Organizations (NGOs). This was announced in a ceremony entitled “Be Kind to Kids with Cancer”” which was attended by musicians, and big names of stage and screen.

Sayeh daily has filed a report on the ceremony. The following is the translation of the report:

Mahak’s Managing Director Arasb Ahmadian said in the ceremony that stem cell transplant – the most advanced cancer treatment – is carried out at Mahak Hospital. He said that children suffering from cancer can be treated in Iran – at Mahak Hospital – and there is no need to send them abroad.

He pointed to the global ranking of the NGOs in 2013 and said Mahak stood 10th among 263 NGOs in the world.

Over the course of history, Ahmadian went on to say, Iranians have always been involved in charitable and humanitarian activities. Well-wishers in the past were engaged in building schools, mosques, bridges and rural roads. Today people’s lifestyles have changed and these activities are pursued by the NGOs.

He further said that Mahak’s turnover this year [starting March 21, 2014] stood at 131 billion tomans (about $43.5 million), of which 110 billion tomans (around $35 million) has been dedicated to the treatment of 9,500 children with cancer in 32 hospitals across the nation.

About 710 people work in three working shifts in hospitals and 300 volunteers are active in Mahak.

Mahak Society to Support Children with Cancer is a non-governmental organization in Tehran dedicated to helping children with cancer. Mahak Hospital and Rehabilitation Complex is a Pediatric Cancer Research and Hospital Center built and organized by Mahak charity. The 120-bedroom complex focuses on the treatment and rehabilitation of children and providing support to their families during treatment.
› Subscribe
Share
Facebook
Twitter
ReddIt
Email
Print
Telegram
WhatsApp
VK
LINE
Viber