Lukoil Looking for Opportunities in Middle East and Iran 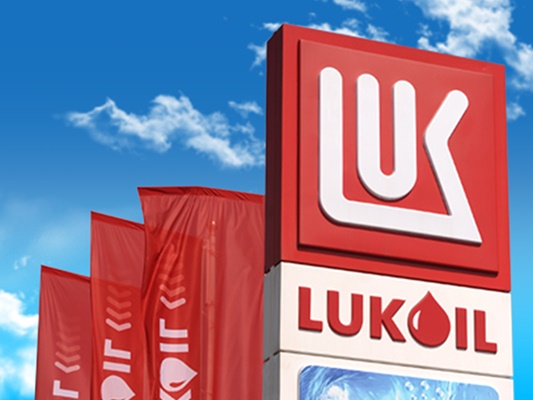 An official with Russian energy company Lukoil says the firm’s target area in the Middle East is Iran at the moment, but it also seeks opportunities for growth in other regional countries as well.

The Moscow-based company plans to add output from the region to existing operations in Iraq and Egypt as long as it finds projects with production costs as low as those in Russia, Gati Al-Jebouri, Lukoil’s head of upstream for the Middle East, told reporters in Dubai.

“Iran is our target area at the moment,” Al-Jebouri said.

Lukoil is in talks with National Iranian Oil Co., the Persian Gulf country’s state producer, about the Ab Teymour and Mansouri oil fields in western Iran, he said. Al-Jebouri said he hoped the companies could agree on a common development program for the fields in the first half of the year before proceeding to commercial negotiations and a partnership.

Iran has outlined about 70 oil and natural gas fields that it said it will open to foreign investors as the country seeks funding and technology after international sanctions eased last year, Bloomberg reported.

In Iraq initial results of Lukoil’s exploration at the Block 10 area are “very positive” and the company plans to drill one or two more wells at the deposit in the country’s south this year, he said. Crude from the deposit will probably be similar in quality to that from the nearby West Qurna field, where Lukoil operates a production venture, Al-Jebouri said.

Elsewhere, Lukoil is exploring opportunities in Abu Dhabi and Kuwait, he said. The company is leaving a natural gas exploration venture with Saudi Arabian Oil Co. after the project in the kingdom’s Empty Quarter desert didn’t find commercially viable deposits of the fuel, he said. Lukoil returned four gas exploration wells to Saudi Aramco, as the state producer is known, at the end of last year and will shut joint the venture by the middle of 2017, he said.