Living Up to Some Preliminary Red Lines Was Impossible: Nuclear Negotiator 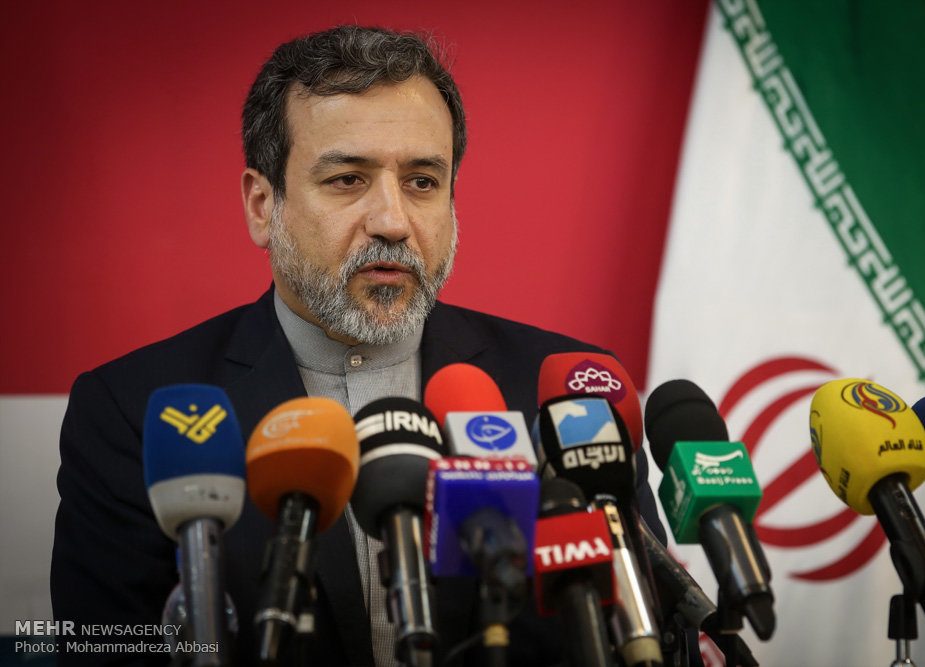 Iranian Deputy Foreign Minister Seyyed Abbas Araqchi, who was a senior member of Iran’s nuclear negotiating team, says that the team tried to observe all the red lines outlined by the Leader of the Islamic Revolution Ayatollah Seyyed Ali Khamenei in the nuclear talks, but it was not possible to meet some conditions.

“Living up to some red lines outlined by the Leader of the Islamic Revolution was not possible, and we honestly informed the Leader of the issue,” Araqchi said in his press conference held in Tehran on Sunday, July 17.

“We cannot say we never crossed the red lines in any of the cases; we did cross them in two or three cases. For example, one of the red lines outlined for the negotiating team was that all sanctions imposed by the US Congress, the US President, the European Union, and the United Nations Security Council should be terminated. When we raised the issue with the American side, they said the sanctions imposed by the President can be removed, but the Congress cannot be convinced to lift the sanctions.” 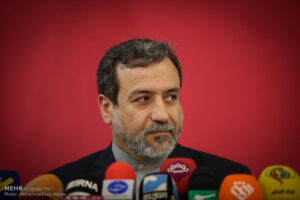 “Then we said there would be no deal if that is the case. The next order was that the sanctions imposed by the President, the EU, and the UNSC should be removed, and those of the Congress should be stopped,” he said.

Referring to the recent remarks by Ali Akbar Velayati, the International Advisor to the Leader, who said the Leader’s 9 red lines have not been observed in the JCPOA, Araqchi stressed that all 9 conditions were met, or else the deal would not have been implemented.

“The other side of the deal has implemented its JCPOA commitments on the paper; however, the banking ties and economic collaborations have not been fully realized,” Araqchi admitted.

“The full removal of anti-Iran sanctions will take time. There is a series of procedural problems. The other side’s mischief is part of the issue, which should be discussed case by case,” Araqchi said.

“It should be examined in the fields of finance, banking, and insurance, oil, gas, petrochemistry, transport, industry, trade, and energy. In trade, industry, and transport, we have almost returned to the previous conditions, and we have made very good progress in the field of energy.” 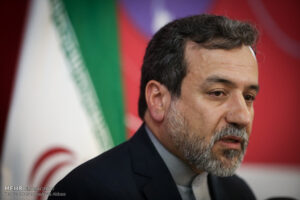 “In the field of energy, if it was not for JCPOA, Iran’s oil exports would have decreased to zero, while it is 1.5 barrels per day now,” he noted, adding that the country plans to boost its oil output to 2 million barrels per day in future.

Araqchi further referred to the existing problems in the field of banking and financial ties with other countries, and said, “In spite of good openings in the field, it is a fact that major international banks do not start their ties with Iran, and this is something outside the nuclear deal, which is being abused by Americans.”

Araqchi, however, noted that small banks have started their relations with Iran, and the speed of financial transactions has considerably increased compared with the past.

FATF Deal a Prerequisite for Iran’s Cooperation with Major Banks

The Iranian diplomat further referred to the country’s deal with the Financial Action Task Force (FATF), and emphasized that Tehran’s interaction with the FATF is a prerequisite for the cooperation of major banks with Iran. 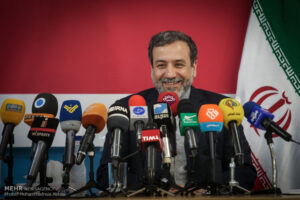 “During the time of sanctions, the FATF was not that much important, but it appeared as an obstacle after the lifting of anti-Iran sanctions. They said they will not have banking cooperation with Iran and North Korea, and if Iran wants to have cooperation with major banks, changes and progress should be made in this field.”

He also pointed to the US prohibition of Iran’s access to its financial system, or the access to US dollar, and noted, “Even if Iran was allowed to use the U-Turn system as per the nuclear deal, we should not have used it, because that would enable them to seize our assets with every dollar used in that system. We should separate ourselves from dependency on dollar and move towards the outlined principles of Resistance Economy.”

“We consider the US [administration] as being responsible for and committed to implementing the nuclear deal. The US should prevent any move that would lead to JCPOA violation. We do not pay attention to the moves made by the US congress and the country’s internal mechanisms; therefore, if the US is committed to the sale of Boeing and Airbus planes to Iran, it should remain loyal to its obligations; otherwise, it has violated the JCPOA,” Araqchi noted.

“One of the moves made by the Congress against Iran was the law based on which the visa-free regime will not apply to those who have visited Iran in the past five years. In our view, this is the US violation of its commitments as per the JCPOA. Extensive discussions were held at the time, and the US administration stopped the section that was related to economic visas.”

However, he added, the White House has yet to stop the section that relates to tourist and scientific visas, and the ones for those residing there.

“This is one of our demands and we believe that the US Congress will abuse the atmosphere,” he added.