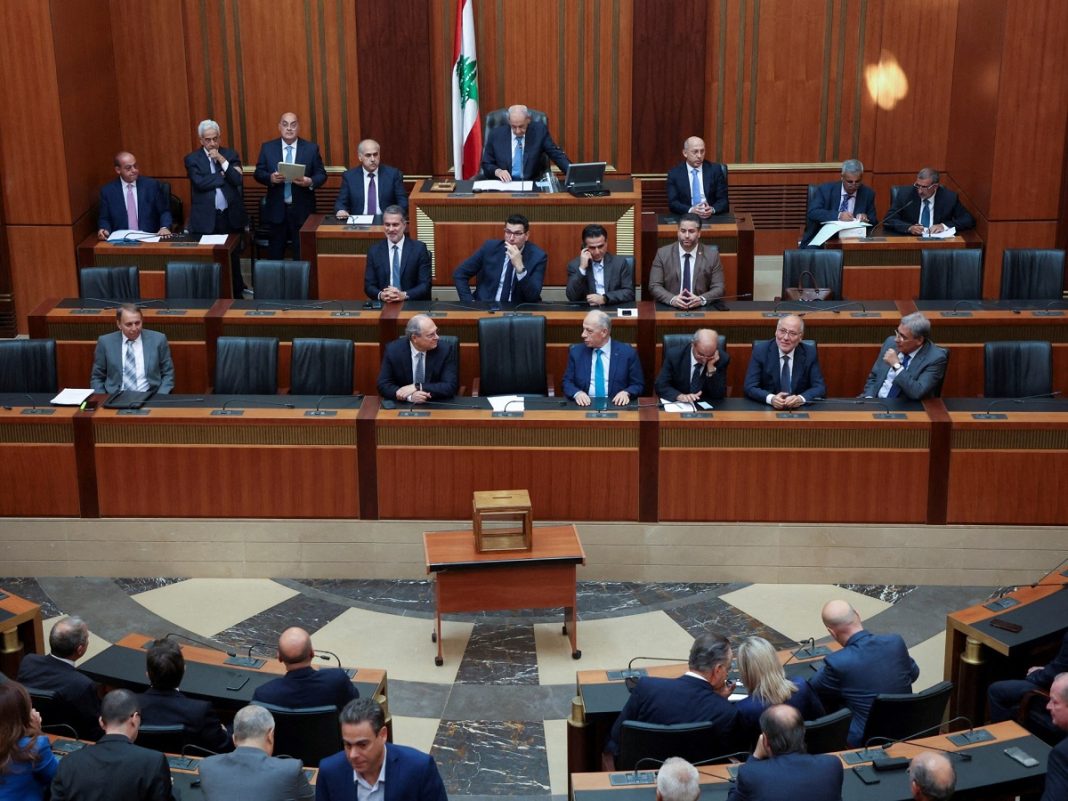 Lebanon's parliament failed to elect a new president Thursday for a ninth time, despite the damage the political deadlock is doing to efforts to bail out its economy.

Legislators will again meet next Thursday to attempt to fill the vacancy, according to a statement on Lebanon’s News Agency (NNA).

Parliament is split between supporters of the Hezbollah movement and its opponents, neither of whom have a clear majority.

Only 105 of parliament’s 128 lawmakers showed up for the vote and as many of them spoilt their ballots.

Some MPs wrote in mock choices for the vacant presidency, with one vote cast for late South African leader Nelson Mandela.

Parliament speaker Nabih Berri reiterated calls for dialogue among lawmakers to find a consensus candidate to prevent the process dragging on for months.

Michel Aoun’s election in 2016 followed a more than two-year vacancy at the presidential palace as lawmakers made 45 failed attempts to elect a president before reaching a consensus on his candidacy.

By convention, Lebanon’s presidency goes to a Maronite Christian, the premiership is reserved for a Sunni Muslim and the post of parliament speaker goes to a Shiite Muslim.

A cabinet meeting on Monday exacerbated divisions between Hezbollah and its main Christian ally the FPM, which says the caretaker government should not meet until a new president has been named.

Lebanon can ill afford a prolonged power vacuum as it grapples with a financial crisis dubbed by the World Bank as one of the worst in modern history, with a currency in free fall, severe electricity shortages and soaring poverty rates.

The country’s caretaker government has limited powers and cannot enact the sweeping reforms demanded by international lenders to release billions of dollars in bailout loans.

Parliament will convene for a 10th attempt to elect a president on December 15.