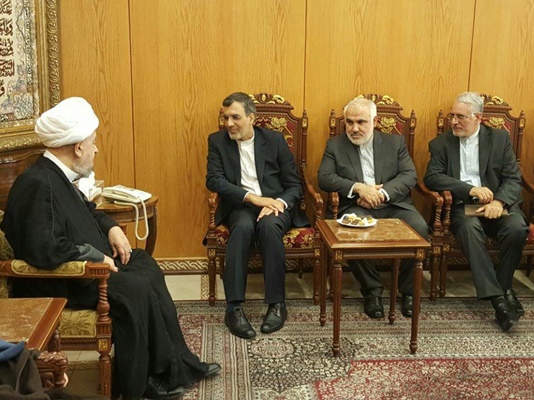 Sheikh Abdel Amir Qabalan, the head of the Supreme Islamic Shiite Council (SISC) of Lebanon, says Iran is a chain that links Muslim societies together.

Speaking in a Wednesday meeting with Iran’s Deputy Foreign Minister for Arab and African Affairs Hossein Jaberi Ansari in Beirut, Qabalan referred to the Islamic Republic of Iran as a guarantee for the Muslim world and a chain linking Islamic societies to each other.

“While others have left the scene, we pin our hope on the Islamic Republic of Iran,” he added.

In turn, Jaberi Ansari commemorated Imam Musa al-Sadr, the founder of the SISC, and praised the valuable role and position of Sheikh Qabalan in continuing the Council’s noble path.