Leader warns Riyadh over impacts of aggression on Yemen 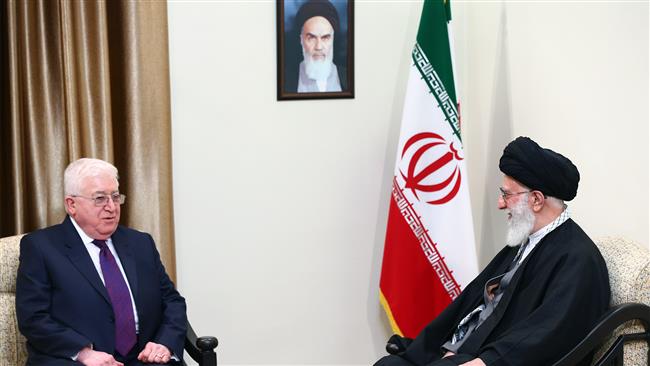 Ayatollah Khamenei has said that the presence of Takfiri terrorist groups in Syria and Iraq serves the interests of Israel.

Leader of the Islamic Revolution Ayatollah Seyyed Ali Khamenei has described Saudi Arabia’s ongoing military aggression in Yemen as a big mistake, saying the venture will certainly backfire on the kingdom.

“The Saudis committed a big mistake in Yemen and the impacts of the crimes they have committed will certainly backfire on them,” Ayatollah Khamenei said Wednesday in a meeting with visiting Iraqi President Fuad Masum.

Ayatollah Khamenei further called the logic used by Saudi Arabia to attack Yemen as “silly,” saying “They [the Saudis] attacked Yemen based on a request by the fugitive and resigned [former] president of Yemen [Abd Rabbuh Mansur Hadi] who betrayed his country in the most sensitive conditions.”

The Supreme Leader also stated that the surge in terrorist activities in the Middle East benefits those seeking instability in the region, saying the presence of Takfiri groups in Syria and Iraq serves the interests of Israel.

The Iraqi president, for his part, hailed the Leader’s role in strengthening relations between Tehran and Baghdad.

Masum said the Iraqi government and nation will never forget the assistance provided by the Islamic Republic of Iran to their country in the most unbearable conditions, especially during the offensive by the ISIL terrorist group.