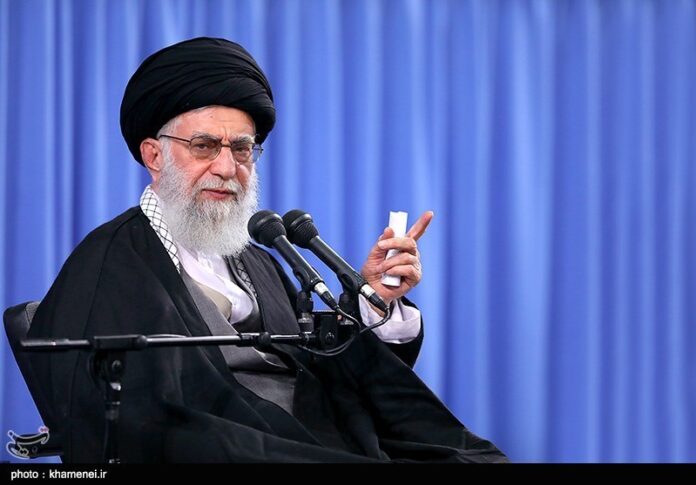 Leader of the Islamic Revolution Ayatollah Seyed Ali Khamenei expressed deep sorrow over the collapse of an old building in downtown Tehran in the wake of a massive fire, stressing that all efforts should be focused on rescuing those trapped under the debris.

In a message on Thursday evening, Ayatollah Khamenei said the “painful incident of fire and collapse of building in the center of the city is a source of profound sorrow and concern for me.”

The Leader also hailed the courageous firemen who suffered harm during the operation to fight the fire, saying, “The valor and sacrifice of those firefighters, who were seriously harmed as they tried to rescue people and went through a difficult test while making committed sacrifice, fills one’s heart with (a sense of) admiration and praise as well as concern and sorrow.”

Imam Khamenei underlined that all efforts now should be focused on rescuing those stuck under the rubble, before starting investigations into the incident.

“I call on all officials to keep working vigorously, just as they have made efforts in the past couple of hours, and prioritize their urgent duty (of rescuing the firefighters trapped under the rubble),” the Leader underscored.

The fire began on Thursday morning at the Plasco building in downtown Tehran.

The 17-story structure crumbled after the fire engulfed the top stories of the building as scores of firefighters battled the blaze.

Tehran Mayor Mohammad Baqer Qalibaf said between 20 to 25 people are believed to have been trapped under the rubble.

Firefighters are now searching to take out their comrades remaining under the rubble.

The high-rise was inaugurated in 1962 and named after a plastics manufacturing company. It was the tallest building in the city at the time of its construction. It included shopping centers and clothing workshops.