Leader neither approved nor disapproved of JCPOA 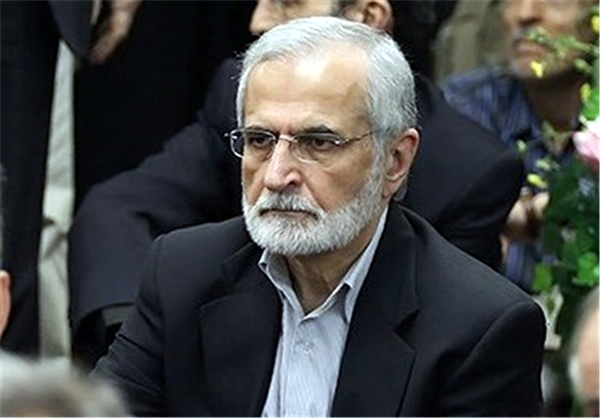 A former foreign minister has rejected the position attributed to the Supreme Leader on JCPOA and said that the Leader has left it to parliament and the Supreme National Security Council to decide the fate of the Iran nuclear deal.

The head of the Strategic Council on Foreign Relations says that the Supreme Leader has not taken a stance for or against the Joint Comprehensive Plan of Action (JCPOA).

Kamal Kharrazi, also a former foreign minister, made the comment in response to a reporter’s question on remarks by an MP on the Supreme Leader’s view of JCPOA. As parliament was debating the details of the JCPOA implementation bill on Tuesday an Iranian MP said that the Leader opposes JCPOA. The following is the translation of what else Kharrazi said as reported by Etemaad daily on October 14:

Kharrazi said that the Supreme Leader spoke his mind transparently and explicitly, adding, “The leader stressed that what he says on the record is exactly what he tells officials in private meetings and there is no difference [between his remarks].”

The former top diplomat went on to say that the Supreme Leader has not taken any stance on approving of or disapproving of JCPOA, adding that the Leader left it to the Supreme National Security Council and the Islamic Consultative Assembly to decide.

He further said these are manifestations of democracy in Iran [that the bodies in charge decide on an issue] like what the chamber did in its debates on Tuesday and approved the JCPOA implementation bill.

What counts now is the future of JCPOA and its implementation, Kharrazi said, adding that in the post-JCPOA era the country needs to make appropriate efforts to prevent the possible misuse of the Iran nuclear deal.

As for the vote of the Guardian Council and whether its approval or disapproval will be the final stance of the Islamic Republic of Iran on JCPOA, Kharrazi said officials and people would naturally accept what the Islamic Consultative Assembly and the Supreme National Security Council decide.