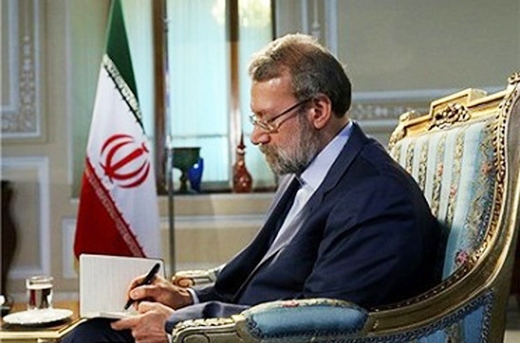 In his message, Larijani referred to the Syrian people’s massive turnout in the polls despite threats made by terrorist groups, and said the election, especially the massive participation of people, was an important regional and international event.

Larijani underlined that Iran’s strategy is establishing broad, comprehensive and close cooperation with the government and the people of Syria to achieve stability, peace and security in the region.

He expressed hope the Arab country will soon come to peace in light of the resistance and sustainability of the government and people of Syria against terrorist groups.

The Syrian electoral commission announced late Saturday that the National Unity coalition, comprising the ruling party and its allies, had won 200 of the 250 seats at the People’s Assembly (Majlis al-Sha’ab) in the recent parliamentary elections held on April 13.