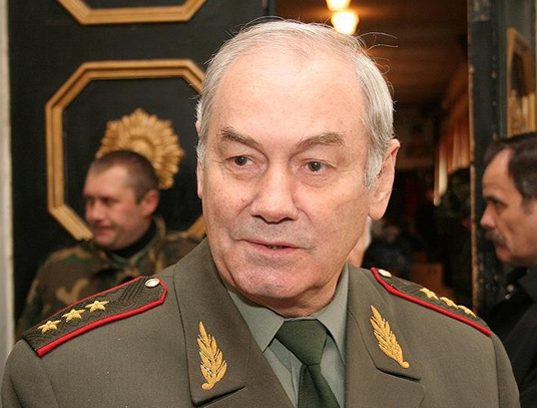 Leonid Ivashov, the chief of Russia’s Academy for Geopolitical Problems, says the United States has nasty plans for the Middle East, stressing that the referendum on Iraqi Kurdistan’s independence is part of this plan which is called the Greater Middle East.

Ivashov, a retired Colonel-General and the ex-Head of the main Department of International Military Cooperation of the Russian Defence Ministry, told IRNA on Tuesday that today there is no doubt the Greater Middle East plan proposed by George W. Bush is being followed up by Washington.

“Washington supports the cessation of the Kurdistan region from Iraq, although the US officials pretend they support the central government in Baghdad,” Ivashov added.

The Russian political expert also pointed out that some US officials have opposed the referendum on the independence of Iraqi Kurdistan, but these are just some demagoguery statements.

“The US is hoping for a breakdown of Iraq and Syria and that’s why it is secretly supporting ISIS. There are evidences of US support for this terrorist group that rejects Washington’s claims to fight terrorism.”

“The US support for the Kurdish militants is being carried out in line with its policies to disintegrate Iraq.”

The former Russian official highlighted that “for this reason, the presence of US forces in Iraq and Syria is dangerous for the security and integrity of these countries. The fight against terrorism is a cover for Washington’s silly plans to form smaller countries by disintegrating them so that it (the US) can fully manage the region and dominate the resources and wealth of the Middle Eastern states.”

“The attempts of the United States and its allies in other similar cases, including Afghanistan, Libya and Yemen, have created a very bad situation for these countries, and the West is benefiting from this situation,” he went on to say.

“In the current situation, the most important step that the countries of the region can do to prevent the implementation of Washington’s nasty plans is to coordinate their actions and policies and avoid hostility.”

The professor of geopolitics also talked about the visit of President of Turkey, Recep Tayyip Erdoğan to Iran and stated that “the move and the important negotiations that are going to take place in Tehran are in line with regional coordination. It is a true move that can hinder the implementation of US policies in the Middle East.”

“Russia is also confronting US malicious projects in the region, and Moscow’s actions are focused on preventing the implementation of the Greater Middle East project,” the Russian analyst pointed out.

“Russia’s cooperation with Iran, and to some extent with Turkey, along with the assistance of Moscow and Tehran for Syria, made the victory of the Western-backed terrorists impossible, and the terrorist groups suffered heavy defeats,” Ivashov stated.

The Russian political analyst concluded that these efforts must be continued until calm and stability would return to Syria. The other countries in the region must act in the same way so that the United States and its allies would not be able to carry out their domineering plans in the Middle East.