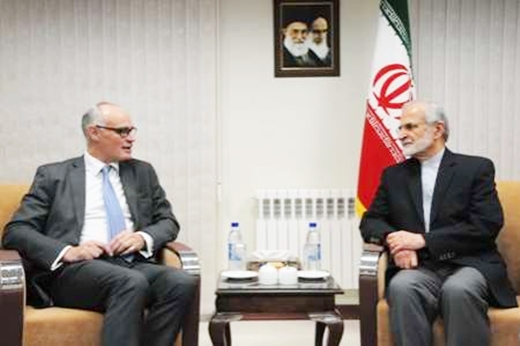 In order to confront terrorism, the first step is to cut off the financial and military aid provided to the terrorists by certain regional countries, Kharrazi told a British MP.

The West needs to be familiarized with real Islam, not what the extremist groups, which are supported by some regional countries, are portraying, said the head of Iran’s Strategic Council on Foreign Relations.

“In order to confront the terrorism Europe faces, the first step is to cut off the financial and military aid provided to the terrorists by certain regional countries,” Kamal Kharrazi told visiting Chairman of the British Parliament’s Foreign Affairs Committee Crispin Blunt on Saturday.

Blunt accompanied by a British parliamentary delegation is in Tehran on a three-day visit.

“Certain countries follow a strategy of promoting Wahhabism in other countries by establishing religious schools that brainwash young people, especially in poorer nations,” Kharrazi said, adding that such institutions should be banned.

Many graduates of these religious schools are under the influence of Wahhabism, as is the case with many terrorist groups operating in the Middle East today, he said.

Kharrazi said that Western countries have turned a blind eye on such activities.

“These activities have created instability in the region and other parts of the world, including in Europe,” he added.

For their part, members of the British parliamentary delegation hailed the nuclear deal between Iran and P5+1, expressing hope that the agreement could pave the way for further expansion of ties between the Islamic Republic and the West.