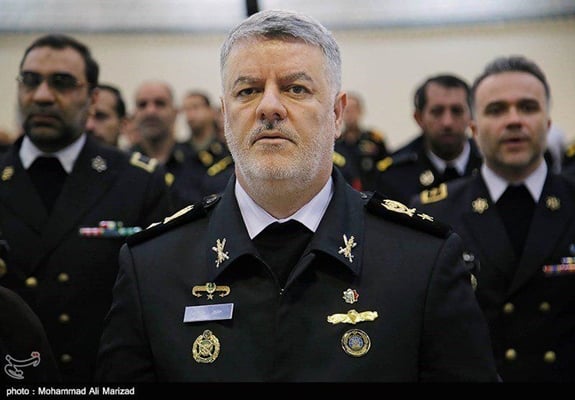 Iran's Navy commander Rear Admiral Hossein Khanzadi says Iranian maritime forces will continue to secure free navigation in the Strait of Hormuz, but keeping the Strait open depends on the interests of Iran.

The closure of the Strait of Hormuz needs some preliminaries, Khanzadi said on Tuesday.

“The effectiveness of a Strait heavily depends on its openness. Sanctions are highly influential on the functions and sanctions against Iran will affect the functions of the Strait of Hormuz,” he added.

“The international community must show its commitment towards the Islamic Republic. We do not consider the US as an effective player in the decision-making process in the Strait of Hormuz, and our actions are dependent on the opinion of the Leader of Iran’s Islamic Revolution,” noted Rear Admiral Khanzadi.

Speaking in a Tuesday meeting with UK’s new ambassador to Tehran, Rouhani stressed that the Islamic Republic of Iran has never been seeking tension in the region and does not want to create a problem in the world’s waterways, but it will never give up its right to export oil.