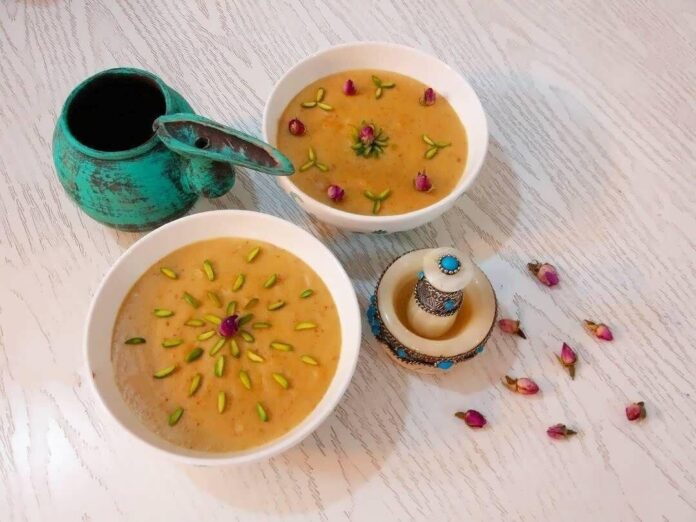 Kachi is an old pudding which was first cooked in the southeastern Iranian city of Kerman before becoming popular nationwide.

It is a nutritious dessert full of nutrients and is particularly effective in curing anaemia, retrieving lost energy and curing many physical problems.

This delicious dessert made with saffron could be used as an afternoon snack. To grandmother, kachi is a miraculous, home-made medicine. In grandmothers’ kitchens, kachi is known as an energy bomb. They believe kachi can improve the health of any patient if made with animal oil, much saffron and different types of nuts. Kachi is a simple Iranian dessert!

In the Iranian tradition, kachi is generally cooked for women who have just delivered a baby. However, the pudding could also be a tasty and nutritive afternoon snack or breakfast for all.

Rosewater: Half a cupful