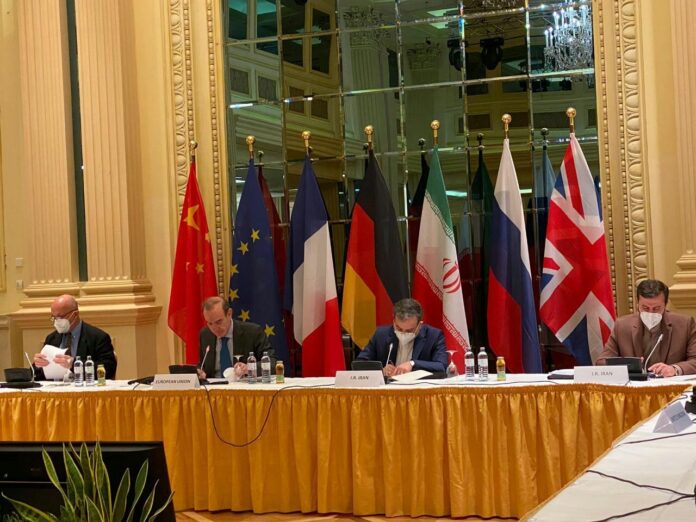 The Joint Commission of the Joint Comprehensive Plan of Action (JCPOA), which is responsible for overseeing the implementation of the 2015 nuclear deal, resumed its work in Vienna in a physical format this Friday.

The Joint Commission was chaired, on behalf of EU High Representative Josep Borrell, by the EEAS Political Director Enrique Mora and was attended by representatives of China, France, Germany, Russia, the United Kingdom and Iran.

Participants took stock of the discussions held at various levels since the last Joint Commission in view of a possible return of the US to the JCPOA and discussed modalities to ensure the return to its full and effective implementation. The Joint Commission was briefed on the work of the two expert groups on sanctions lifting and nuclear implementation measures and participants noted the constructive and results oriented exchanges.

In light of the joint ministerial statement of 21 December, the participants emphasised their resolve to further pursue the ongoing joint diplomatic effort. The coordinator will continue his separate contacts with all JCPOA participants and the United States.

The Joint Commission tasked expert groups to continue their work and agreed to reconvene in Vienna in the course of next week.

According to Iran’s Foreign Ministry, the next round of talks will be held in Vienna on Wednesday. First, the meeting will be held at the level of deputies; then expert-level talks will be held to prepare a list of actions that need to be taken on the removal of US sanctions and Iran’s nuclear measures.

During the Friday meeting, Iran’s chief negotiator Seyyed Abbas Araqchi said Iran is resolved to continue serious interactions, but that depends on the other side’s political resolve and seriousness.

“Otherwise, there will be no reason for resuming the talks,” he warned.
He also reiterated that all the sanctions imposed and reinstated against Iran by former US president Donald Trump must be lifted before Iran reverses its remedial nuclear measures.