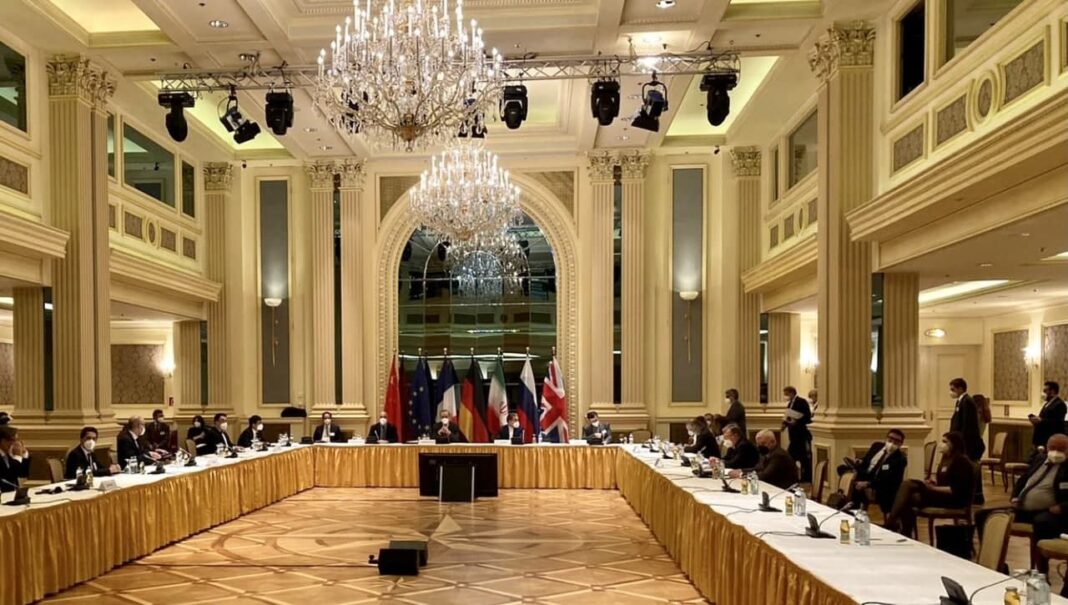 A meeting of the joint commission of the 2015 nuclear deal, officially known as the Joint Comprehensive Plan of Action (JCPOA), will be held in person at Vienna’s Grand Hotel on Thursday at 3 pm (Tehran time).

Representatives from other Iranian institutions, including the Central Bank of Iran, the Petroleum Ministry and the Atomic Energy Organisation of Iran are also taking part in these negotiations.

Deputy Secretary General for Political Affairs of European External Action Service Enrique Mora is presiding the talks which are also attended by delegates from Russia, China, France, Germany and Britain.

In this round of talks, technical consultations are held within the framework of expert meetings in two domains of “lifting sanctions” and “nuclear issues.”

As usual, bilateral meetings with heads of other negotiating delegations are being held on the fringes of the talks.

The negotiations are being held merely within the framework of the JCPOA with representatives from Iran and the 4+1 group in attendance.

As announced before, no US delegate has been present in any of the meetings of the joint commission or relevant expert meetings.

Moreover, no direct or indirect talks with the US are on the agenda of the Iranian negotiating team.

The meeting of the JCPOA Joint Commission was slated to kick off on April 14, 2021, but it was put off until April 15 as one of the members of the European delegation had contracted the coronavirus.