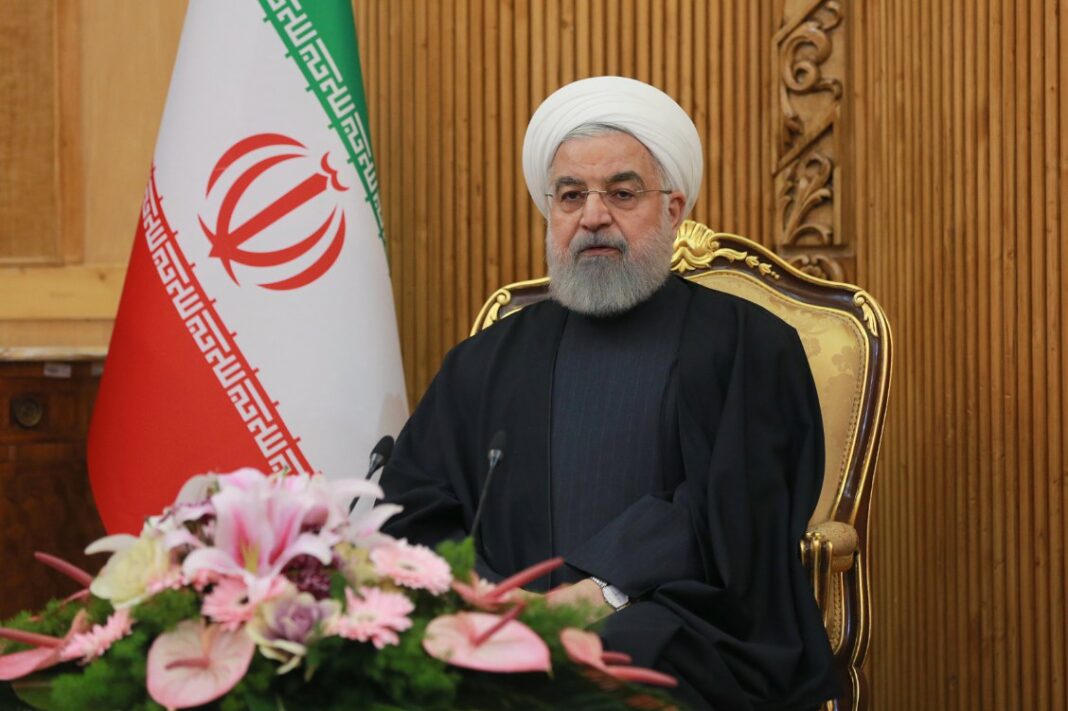 Iran’s President Hassan Rouhani has hailed Japan's support for his Hormuz Peace Endeavour (HOPE) initiative, saying that Tokyo has announced it is not going to join the US-led maritime coalition for regional security in the Persian Gulf.

The Iranian president said Japan just wants to bring a surveillance ship to the region, not in the Persian Gulf and the Strait of Hormuz, but in the Bab el-Mandeb and part of the Oman Sea.

“The Japanese Prime Minister outlined his plan in this regard and of course, we told the Japanese that our view of regional security is a fixed one. We said we believe regional security should be provided by regional countries and therefore we have proposed the Hormuz Peace Initiative.”

President Rouhani made the comments upon his arrival at Tehran’s Mehrabad Airport on Saturday evening after paying a visit to Japan and Malaysia, where he attended the KL 2019 Summit.

Rouhani stated that Tehran, Kuala Lumpur, Ankara, and Doha have made very good decisions to cooperate quadrilaterally, and of course other countries are also invited to address the issue of development, especially in the field of new technologies and industries.

“The Kuala Lumpur Summit was a new way of gathering Muslims and Islamic thinkers in the presence of a number of Muslim leaders. The summit was in fact held to cooperate with Muslim countries to achieve a favourable development in today’s situation,” he added.

The president added that about 2000 thinkers and experts had been invited from about 80 countries including heads of Muslim countries like Iran, Turkey, Qatar.

“In addition to addressing the plenary, there was also a discussion on the first day of the summit on how to develop in the Muslim world.”

In addition to this summit, it is important for us to develop relations with Malaysia. Fortunately, since the beginning of the eleventh Iranian government, the ties between the two countries have strengthened and become more intimate than in the past. When Mahathir Mohamed assumed the Prime Minister’s post, the relations got much closer, noted Rouhani.

He also asserted that during this short period of time, bilateral relations were discussed two or three times, and the two sides made good decisions on bilateral ties. He added that a joint meeting of the two countries will be held soon and PM Mahatir Mohamed is interested in visiting Tehran in the near future.

“Fortunately, the two countries made good decisions to cooperate in industry, and especially in some of the most important industrial areas, and there were good discussions on economic and financial-banking issues. Iran’s proposal at the summit of Muslim countries was on the topic of digital economy and the common market in this field. The creation of a joint fund for new technologies and knowledge-based companies, as well as the issue of crypto-currencies and cooperation in artificial intelligence and cyber security were on the agenda. The leaders agreed to take practical steps in this regard,” underlined the Iranian president.

He went on to say that on the sidelines of this summit, he met with Turkish President Recep Tayyip Erdogan to discuss bilateral relations as well as regional issues, including Syria.

“We also had a separate meeting with the Emir of Qatar, in which we discussed cooperation between the two countries, especially the Hormuz Peace Initiative, which has been welcomed by Doha.”

Referring the goals of his trip to Japan, President Rouhani said this year is the 90th anniversary of political ties between Tehran and Tokyo.

“Fortunately this year, there was a meeting between Japanese Prime Minister Abe and me, once in Tehran, which a Japanese PM had after about 40 years, and he invited me to have a trip to Japan.”

The president added that Tehran hoped to make the trip this year, on the 90th anniversary of political relations between the two sides, and fortunately this came true.

The visit was also aimed at expanding bilateral relations and the political, economic and cultural ties between the two countries, he mentioned.

The president said there are generally good cultural commonalities between Iran and Japan, including Nowruz and Nature Day.

“Today, we had a meeting with representatives of the Japanese companies operating in Iran that are maintaining economic relations still under sanctions. They all insisted on continuing economic ties, and some problems were also addressed. In sum, it was a very good meeting.”

Regarding the sanctions he said “on the issue of sanctions some countries are more sensitive than the others. Except one or two countries in the world, the rest are opposed to sanctions, and everyone knows these sanctions are against international law and will not have any results. They all agree that Americans are forced to change their policy.”

President Rouhani continued that in fact, sanctions are something that is harmful to all countries – not just Iran. It is a lose-lose situation and the US has made the wrong decision.

Rouhani said both the Japanese and Iranian sides had a new proposal to break the sanctions. They were discussed and it was decided to continue consultations. Another issue that matters to the Japanese and, of course, to all the major countries in Asia and Europe, is the issue of energy security and shipping in the region; because their energy needs depend on the region and its security.

The security of the region is important to all countries, including Japan, so great discussions were held about the whole region, the president continued.

Rouhani noted that the Japanese have announced that they are going to invest in Chabahar, and PM Abe has said that Chabahar is very important to them.

“The South-North transit problem, which extends from Chabahar to the Caspian Sea and from there to Turkmenistan, is very important to them. We had also good and fruitful discussions on the Afghanistan issue and the two countries’ partnership for peace and reconstruction in Afghanistan. Excellent discussions were also held on other regional issues, including the rights of the Palestinian people and issues related to Syria and Iraq.”

The president said that they discussed the situation in Yemen in more detail adding that the Japanese believed we should all strive for peace, stability in Yemen.

Rouhani said it is expected that all friendly countries with closer relations with Iran can maintain both the security of the region and preserve the JCPOA which is of great importance to them as they say.

President Rouhani described his visit to Malaysia and Japan as very important at the moment and stated that very good agreements were made with four countries in Malaysia and also in Japan.