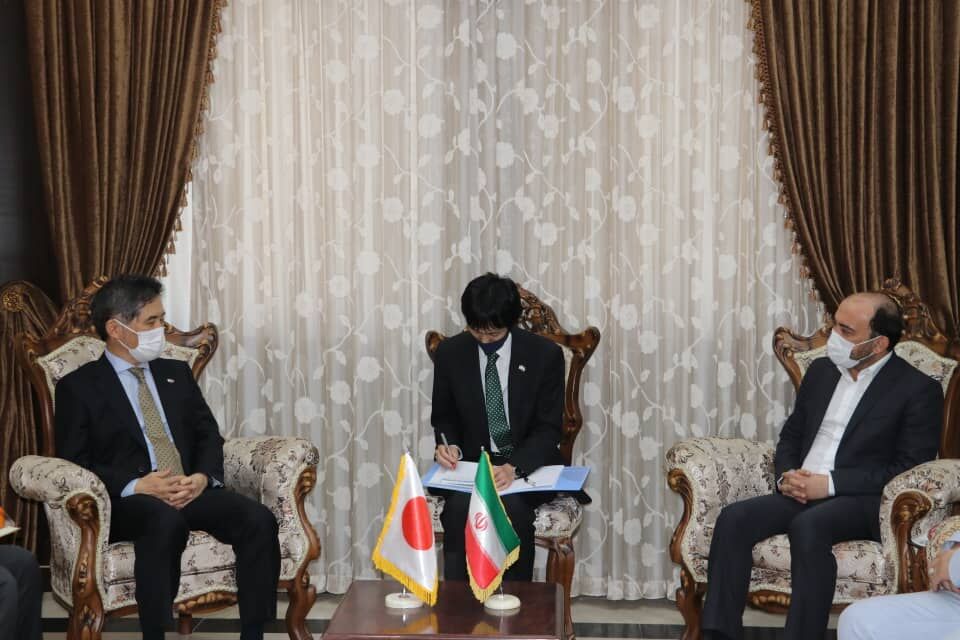 Japan’s ambassador to Iran says investment in the solar energy, petrochemical and iron industries in the southern Iranian province of Hormozgan is “very attractive” for Japanese companies.

“Japan international Cooperation Agency has had cooperation in promotion of tourism and protection of marine environment in Hormozgan and will pursue the continuation of the measures,” Kazutoshi Aikawa said in a meeting with Hormozgan Governor Mahdi Dousti.
“We hope for significant expansion of relations with Hormozgan Province after the conclusion of the nuclear negotiations and removal of the sanctions.”
The Japanese envoy also said the two countries can increase their shipping cooperation through Hormozgan, as a Persian Gulf littoral province.
Dousti, in turn, congratulated Kazutoshi on the Japanese national day, stressing that look to the East is a key strategy of the current administration in Iran.
The governor said Japan is an important country in the East and enjoys a special place in the mentioned strategy of the Islamic Republic of Iran.
Dousti stressed that Hormozgan Province is willing to form a joint commission with Japan to discuss the framework of cooperation and Japanese investment.
He underlined the significance of Bandar Abbas as a key port that can link eastern countries, including Japan, with Europe and the Black Sea area.
The governor added that Hormozgan seeks foreign investment and has created special investment zones where security of investments can be guaranteed by the state.