Jalili symbolizes glory and Zarif embodies beauty of the establishment 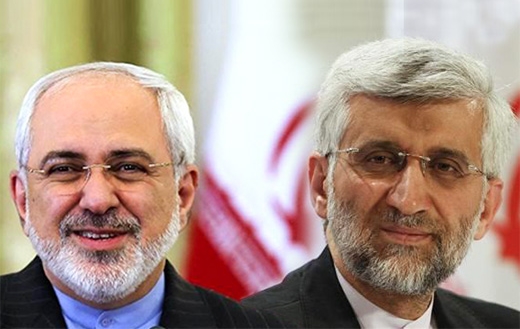 An Iranian presidential advisor has said that the assets FM Zarif tapped into to successfully conclude a nuclear deal with P5+1 had been accumulated during Jalili's stewardship of the talks.

Hessamoddin Ashena wrote this on his Google+ page and added that in the course of Iran’s nuclear negotiations with P5+1, Zarif put on the table the assets the country accumulated when Jalili was Iran’s chief nuclear negotiator [during Ahmadinejad’s presidency].

The following is the translation of a report by Mehr News Agency on August 19 on Ashena’s view on and comparison of Iranian delegations during nuclear talks led by Saeed Jalili and his successor Mohammad Javad Zarif:

From a strategic view, Jalili manifested the glory of the establishment and Zarif has symbolized its beauty.

When you think about the two recent rounds of nuclear talks, you can classify the rounds led by Jalili and Zarif as either two separate rounds or connected ones.

I think the two rounds should be analyzed as interconnected. As one American negotiator has put it, Iran – during the talks under the stewardship of Jalili which were very important for Iran – showed to the United States that it would not give up its nuclear rights.

Furthermore, it was in this period that Iran earned assets Zarif [later] placed on the negotiating table so that he could conclude an agreement which recognizes Iran’s nuclear rights.