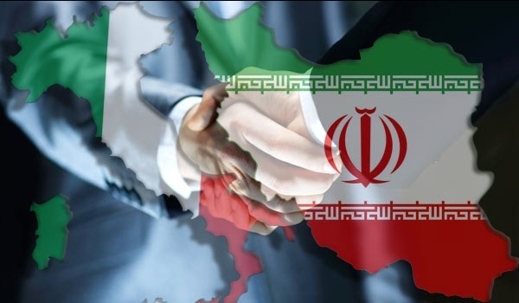 We did not expect to see the Iranian people and companies in such welfare and comfort: rather we thought that the sanctions have paralyzed the life and economy of Iran, said Silvano Pascuno.

A senior Italian trade official has acknowledged that the Iranian economy is growing despite Western sanctions, stressing that a large number of Italian companies are ready to invest in Iran.

“We did not expect to see the Iranian people and companies in such welfare and comfort: rather we thought that the sanctions have paralyzed the life and economy of Iran,” Head of the Italian Chamber of Commerce Silvano Pascuno said on Thursday.

“Today we are witnessing a reverse condition and have been surprised; therefore next year we will come to Tehran along with two or three times as many businessmen,” he added.

He reiterated that the Italian companies like other European firms have been under pressure due to the sanctions imposed against Iran.

“The Italian companies have come to Iran with the help of the Italian government and after their close observations of Iran they are interested in cooperating in the field of industry, heavy machineries and other economic areas,” Pascuno said.

In November, Iran’s Ambassador to Rome Jahanbakhsh Mozaffari enumerated the various advantages of the Iranian market for investment, including oil and gas projects, and invited the Italian companies to seize the existing opportunities.

During a seminar to introduce Iran’s economic potential to the Italian businesses in Rome on Thursday, Mozaffari encouraged Italian companies to play a more active role in the Iranian markets.

During the meeting, members of Iran-Italy joint trade chamber discussed existing potential for bilateral economic cooperation, referring to Iran as a proper place in the region for investment and production.