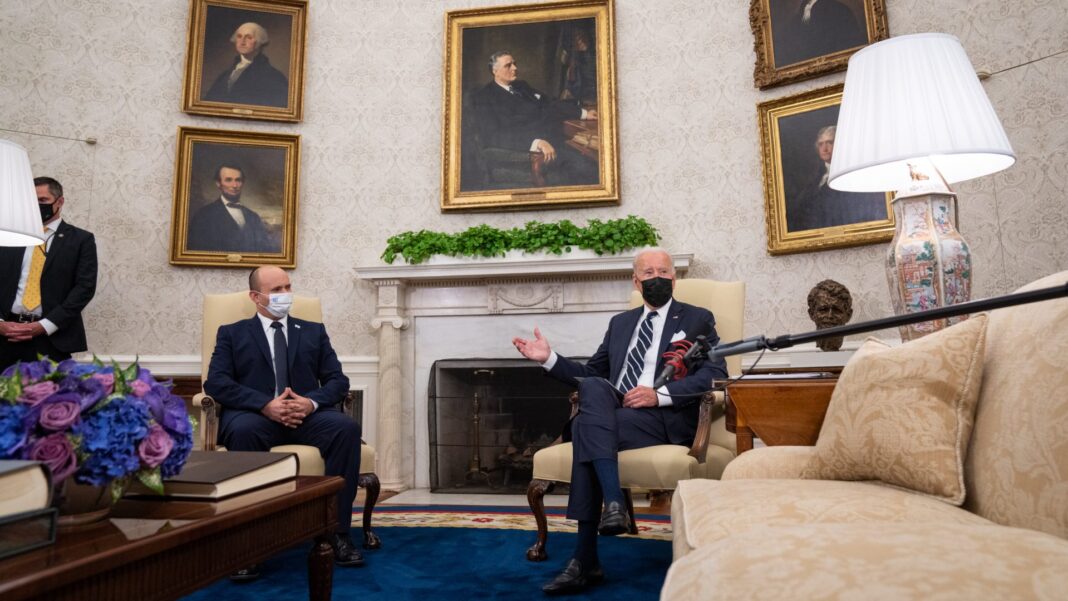 Israeli Prime Minister Naftali Bennett held a phone call with US President Joe Biden and discussed a range of issues including Iran and Russia-Ukraine tensions.

“The President thanked the Prime Minister for his invitation to visit Israel and said he looks forward to a visit later this year,” the White House announced in a statement about the call.

During the call, the leaders also “discussed the recent US operation against the Daesh leader in northwestern Syria and the ongoing US commitment to protect the American people and support the defense of its partners across the Middle East region.”

The leaders also spoke about the potential for Russian aggression against Ukraine and other matters including “the threat posed by Iran and its proxies.”

KAN has recently reported a US military official was present during an Israeli simulated drill preparing for an assault on Iranian nuclear facilities using dozens of warplanes.

Held in mid-January, the classified exercise envisioned a “massive” strike on Iran’s nuclear facilities and played out multiple scenarios, including mid-air refueling, responding to anti-aircraft munitions, and performing long-range attacks. An unnamed US Air Force officer allegedly attended the drill as an observer, the outlet added, noting that the official’s presence was unusual for this type of exercise.