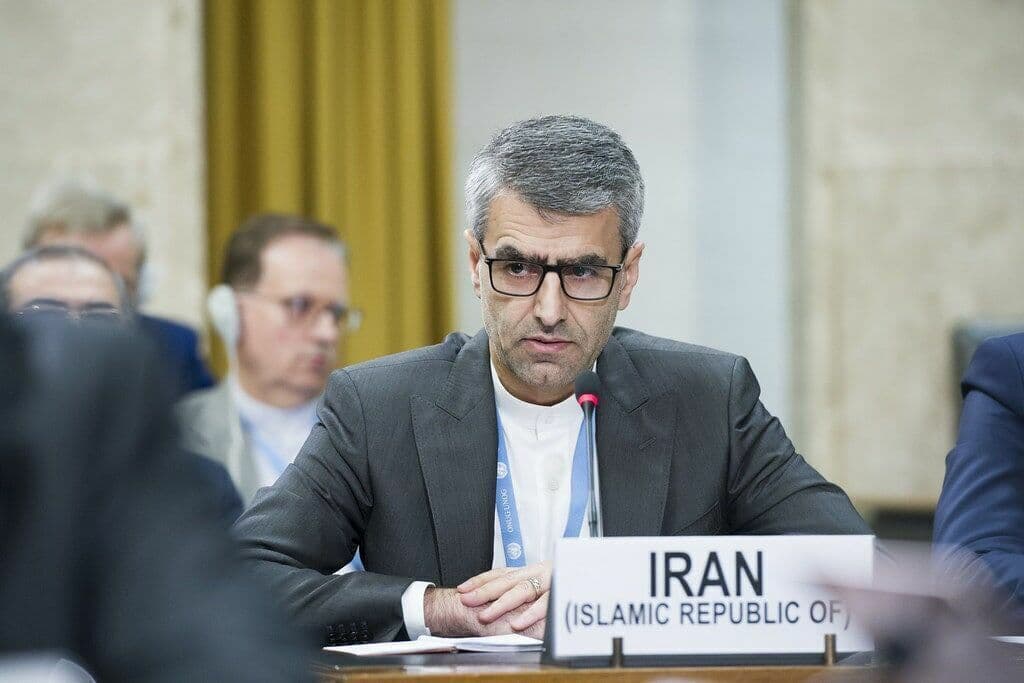 Iran’s ambassador to Geneva says the Israeli regime is not entitled to make comments about the human rights situation in Iran.

Esmail Baghaei Hamaneh made the remarks in response to the recent baseless accusations levelled against Tehran by Tel Aviv.

“The occupiers of Quds, morally speaking, have no right to make comments about the lofty concept of human rights in Iran,” he said at the 46th meeting of the UN Human Rights Council where a number of members pressed baseless charges against Iran.

“The Israeli regime can best be described under Resolution 3379 dated November 10, 1975 of the UN General Assembly” as a racist regime, he added.

“It is regrettable that some governments focus on undermining the rule of law in developing countries by targeting their judicial systems under the pretext of defending human rights,” the Iranian diplomat added.

He underscored no country or group of countries should reserve the right to dictate their priorities and the ideals of their systems to others.

He called on the UN Human Rights Council to distance itself from politicization, double standards, stigmatizing others and clichés.

“It is regrettable that some governments such as Canada, Australia, Britain, Denmark, the United States, Germany, France, Switzerland, the Netherlands, Belgium, Austria and Sweden reserve the right to point the finger at others as if they were role models when it comes to human rights and pretend that no one is aware of their contradictory performance both inside the country and outside,” he said.