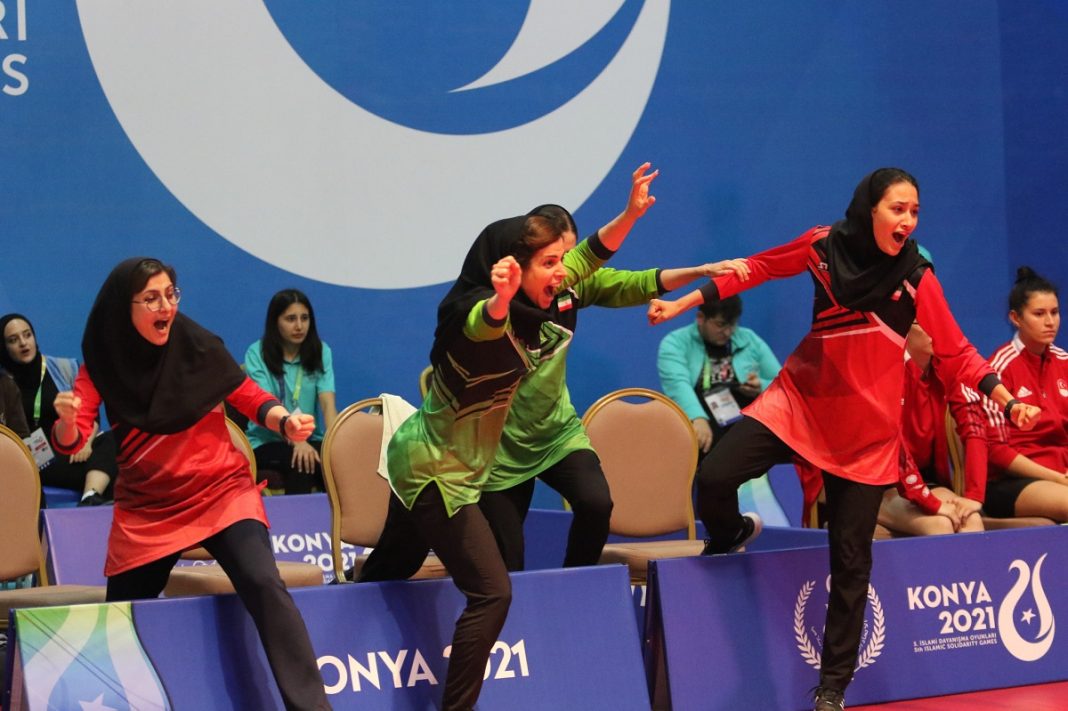 Noshad and Nima Alemian each defeated their Saudi rivals in the individual game category 3-1 and 3-0, respectively. In the double match, the Nima Alemian-Afshin Nouruzi team defeated the Saudi team 3-0.

The final match of women table tennis team of the Islamic Countries Solidarity Games was held between Iran and the host country, Turkey, and at the end the team of Head Coach Hamideh Iran-Manesh gained the championship, despite the wholehearted applaud of the spectators throughout the game for the home team.

The third match was the couples’ competitions in which Neda Shahsavari and Shima Safaie from Iran face Simai Kulakchen and Sibel Altinkaya from Turkey, in a very close match, that ended 3-2 in Iran’s favor.

In the fourth match, too, Shima Safaie faced Uzge Yilmaz, which ended in favor of the Turkish side 3-2, and this the two teams each had two points.

In the last and very sensitive match Mahshid Ashtari faced Kulak Cheken, which ended 3-1 in Astari’s favor, to bring the Iranian team a precious gold medal.

Turkey naturally gained the silver and Uzbekistan and the Maldives jointly won the games’ bronze medal.

Now, both men’s and women’s Table Tennis Teams of Iran have stood first in the Islamic Solidarity Games 2021.