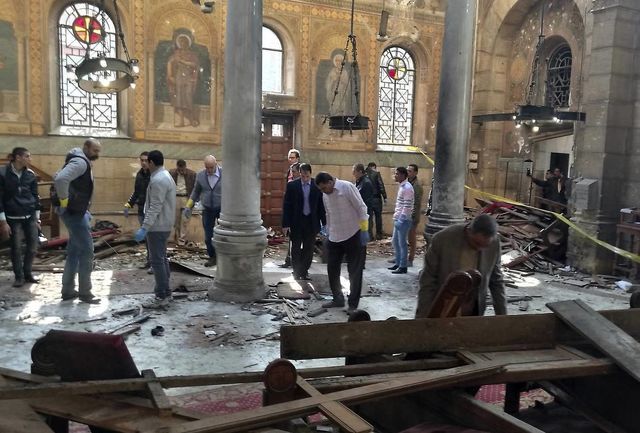 In a Farsi interview with ICANA, Iranian lawmaker Dehqan Firoozabadi touched upon the recent explosions in Egypt and expressed his views on the objectives pursued by the ISIS terror group in the country.

He said the terrorist attacks in Egypt and the killing of Copts in the country show terrorism knows no boundaries or nationalities.

“Supporters of the ISIS Takfiri terrorists are the future targets of ISIS, and should wait for the consequences of their actions,” said the MP, who is the vice-chairman of the Parliament’s National Security and Foreign Policy Commission.

The terror attacks on churches in the cities of Tanta and Alexandria have intelligence and operational complexities, he noted.

He said Egypt’s views on the Syria situation and war on terror are different from Saudi Arabia’s.

“The masterminds of the terror attacks in Egypt seek to take revenge and trigger conflicts between Copts and Muslims in order to keep Cairo from playing a role in the Middle East,” said the lawmaker.

He also referred to a statement by the Lebanese Hezbollah Resistance Movement which condemns the killing of Copts in Egypt.

“Cairo believes the issue of the Syria war should be settled through dialogue,” he said.

“If Egypt is gripped by security crises, that will increase Saudi Arabia’s maneuverability and make Cairo lose its influence in the Syria war,” added the parliamentarian.

He said insecurity in Egypt will result in an economic slowdown and increase Cairo’s dependence on Riyadh’s economic aid.