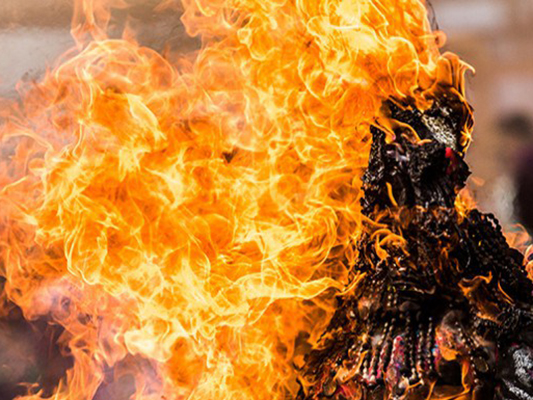 An ISIS element has been burned to death by his first wife on the night of his marriage with another woman in Tal Afar, near the northern Iraqi city of Mosul.

An informed Iraqi source in Nineveh Province has said the first wife of an ISIS terrorist has burned alive the husband, along with his newlywed second spouse, a few minutes after the end of their wedding ceremony in Tal Afar in west of the northern Iraqi province.

According to a Farsi report by Al-Alam News Network, the fire claimed the lives of both of them.

The ISIS element’s first wife, who also worked for the terrorist group, killed her husband and his second wife by setting fire on the room where they were staying at the end of their wedding ceremony.

Speaking on the condition of anonymity, the source told Alsumaria News TV that the ISIS has revealed the women’s name and some information about her, calling for her immediate arrest.

“The terrorist group announced that the motive for the murder was the first wife’s jealousy.”

Tal Afar has been under the control of ISIS since 2014.