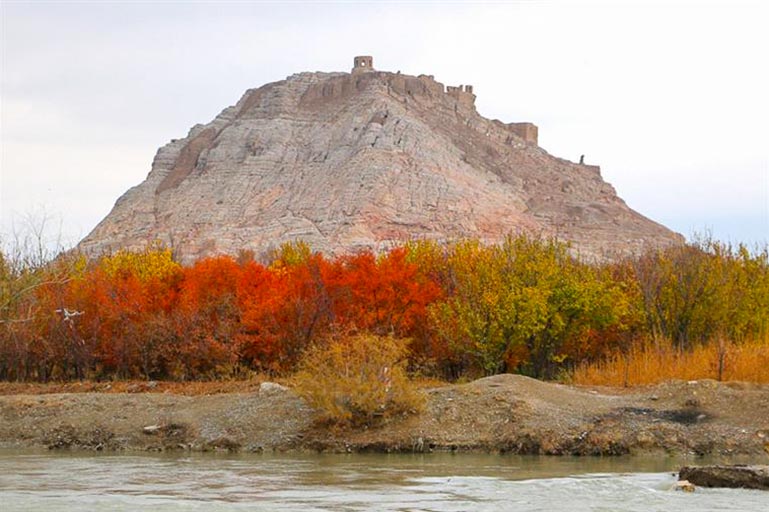 The fire temple of Isfahan is a Sassanid-era Zoroastrian sacred temples.

The fire temple is part of an archaeological complex is located on a hill of the same name about eight kilometers west of city center of Isfahan, Iran.
The complex is a circular building with numerous rooms which have ruined over time. The rooms’ remnants are still visible in the north and northeastern sides of the complex.
The whole complex underwent repairs in the 70s and its opening gateways were blocked to preserve it from further damage.

The following images have been released by different news websites: