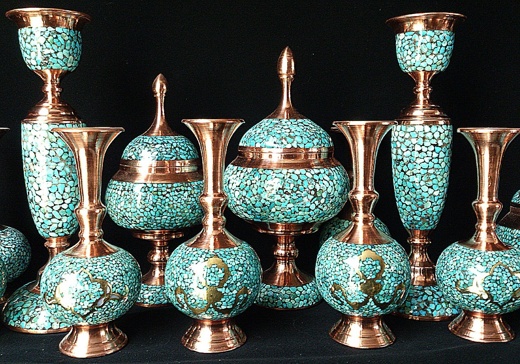 A list recently placed on the website of the United Nations Educational, Scientific and Cultural Organization is good news for residents of Isfahan because it officially makes their city a member of the UNESCO Creative Cities Network in terms of crafts and folk art.

Efforts by the current Isfahan Mayor Dr. Mehdi Jamalinejad, who previously served as deputy mayor of the city for coordination among municipal districts and urban organizations, and also as a senior aide to the previous mayor for international relations, eventually came to fruition and Isfahan was named as a UNESCO creative city in crafts and folk art.

The network includes seven creative fields, namely, crafts and folk art, design, film, gastronomy, literature, media arts and music. In light of Isfahan’s world-class fame in handicrafts, it secured a berth in the first of the seven fields in question: crafts and folk art.

Since 2004, 116 cities have joined the networks. It is the first time a city from the Islamic Republic of Iran has made it to the list of creative cities.

The UNESCO Creative Cities Network aims to foster international cooperation among cities committed to investing in creativity as a driver for sustainable urban development, social inclusion and cultural vibrancy.

Diversity, quality and creativity have lent Isfahan a special position in the handicrafts industry both at home and abroad. Isfahan is the only city in the country with an independent handicrafts guild which acts in conjunction with the Municipality and has as many as 8,000 members. 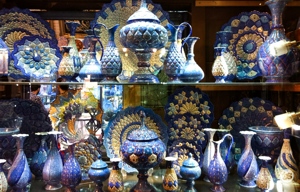 The attention the city pays to folk art is of importance too. The term folk art refers to works of art whose practicality outweighs their aesthetic aspects. This is rooted in the rich old culture of the city. Since ancient times the people of this city have attached importance to art and UNESCO’s focus on the city is meant to sustain this intangible heritage.

A major part of the responsibility to maintain this heritage and ensure its dynamism lies with the city’s Municipality.

In a letter to the mayor of Isfahan, Bahman Namvar, a deputy director of the Cultural Heritage, Tourism and Handicrafts Organization, said: “Iran has been a major civilizational hub in different eras and has always served as a shining example as far as human culture and civilization is concerned. Isfahan has a special place in Iran’s cultural and artistic nobility. Without a doubt, presentation of the noble aspects of the city is a praiseworthy effort. Hereby I thank the artisans of this city and the distinguished mayor for their contribution to efforts to join the Creative Cities Network and congratulate you on the designation by UNESCO of Isfahan as a creative city in terms of crafts and folk art.”

In festivities held earlier this year to celebrate the designation of Isfahan as a world crafts city, Namvar Motlagh said the designation made the responsibility of the city officials heavier.

Meanwhile, the mayor of Isfahan said Isfahan owes the victory it has nailed down in becoming a creative city to the efforts of its creative engineers and artisans since ancient times and said the network is the most paramount network UNESCO has founded and that Isfahan is the first Iranian city to join the network as a creative city in terms of crafts and folk art.

He further said that in naming creative cities UNESCO chooses those which have high cultural potential and can tap such potential to promote sustainable development; that was one reason why Isfahan was chosen as a UNESCO creative city. 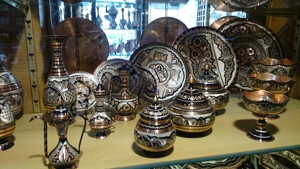 The mayor went on to say under his stewardship the city of Isfahan has shed its structural approach in favor of a creative one and said as the UNESCO statement says, “as a driver for sustainable urban development, social inclusion and cultural vibrancy” creativity can guarantee a lofty future. By establishing a center for innovation and creativity in the municipality, the city of Isfahan has taken effective steps toward that goal.

He said the designation of Isfahan as a creative city is bound to usher in better urban development in the city and added creation of more jobs in creative cities over the past two decades has contributed a lot to overall economic development of the country.

The mayor further said factors such as creative human resources, high quality of living, groundwork for innovation and participation of social assets are meant to secure sustainable development.

Diversity is a feature of a creative city, he said, adding Isfahan has diverse neighborhoods which are home to predominantly Jewish, Christian, Fars and Bakhtiyari communities and this has paved the way for the emergence of artistic creativity in society.

In conclusion he thanked all those who contributed to global registration of Isfahan as a UNESCO creative city.