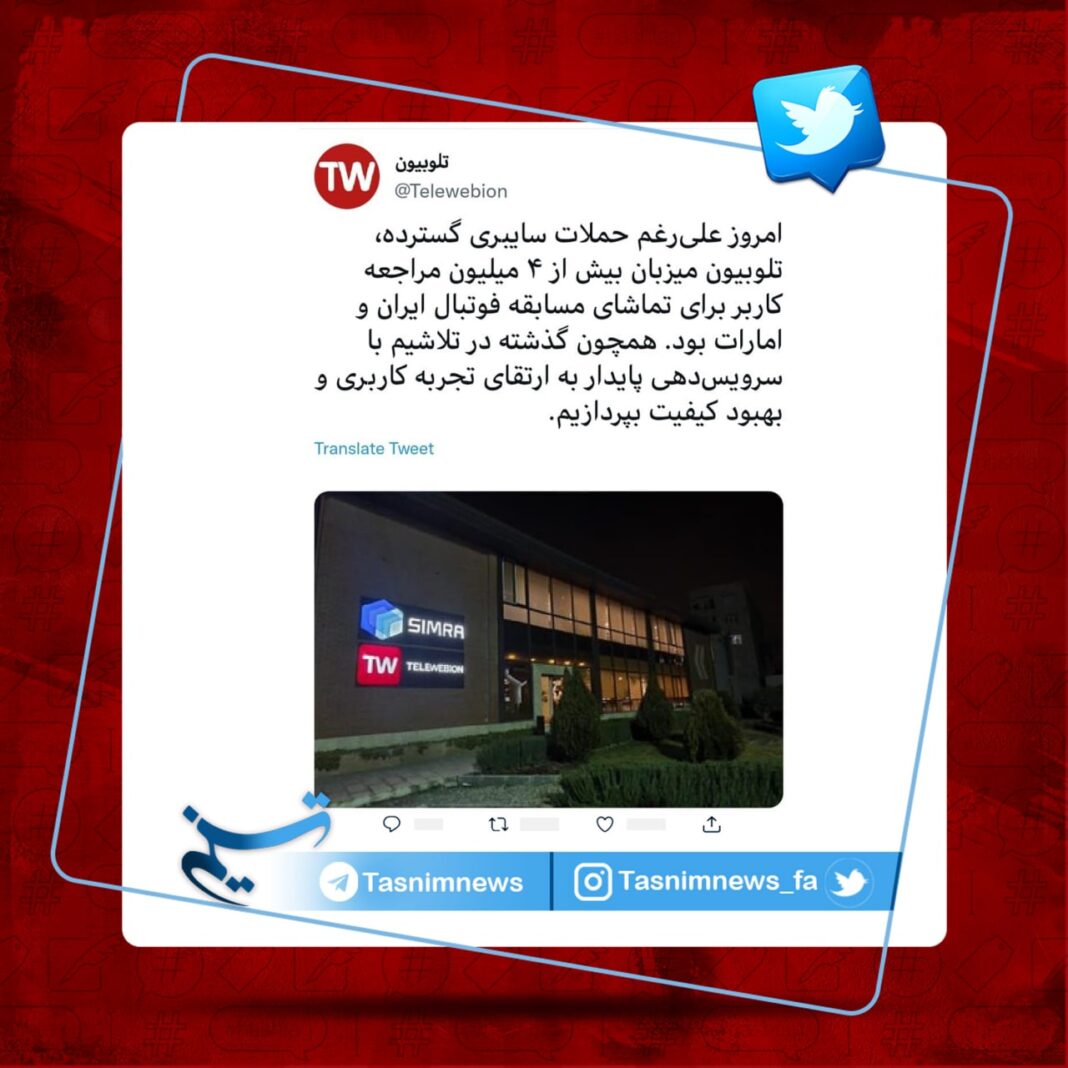 Iran’s Telewebion web TV was targeted with a new cyberattack as millions of people tuned in to watch the 2022 World Cup qualifier between Iran and the United Arab Emirates (UAE).

The streaming platform confirmed the hacking attack on Tuesday and said the “large-scale” assault caused disruptions to Telewebion’s “infrastructure,” which lasted for some 21 hours.

Telewebion is a live broadcast and archive of the Islamic Republic of Iran Broadcasting (IRIB).

In a tweet, Telewebion said despite the attack, four million people managed to watch the Iran-UAE soccer game live on the platform.

For about 10 seconds, broadcasts on the IRIB’s Channel 1 and Quran Channel were interrupted and replaced with pictures of the heads of the notorious Mujahedin-e-Khalq (MKO) terror group, which has the blood of thousands of Iranians on its hands.

The MKO has been behind numerous assassinations and bombings against Iranian officials and civilians since the 1979 Islamic Revolution.