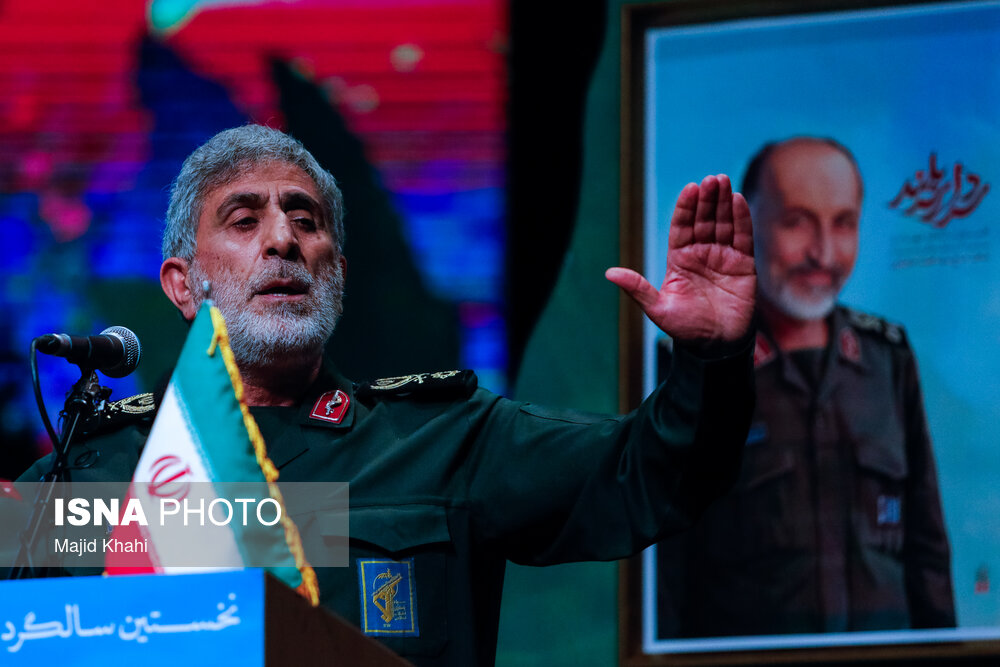 The commander of the Quds Force of Iran’s Islamic Revolution Guards Corps (IRGC) says it supports and will continue to support anyone who is fighting the Zionist regime of Israel.

Brigadier General Esmaeil Ghaani said Iran is the forerunner of the fight against the “world arrogance” and “international Zionism”.

He touched on Palestinians’ resistance against the regime and the recent operations in Tel Aviv and other cities that left several Israelis dead, questioning the regime’s claim to take on Iran while it cannot stem such acts of resistance.

“The youth who are fighting the Zionist regime in Palestine today and carry out such operations are the hidden assets inside Palestine … who have thrown the regime’s entire system into disarray,” he said.

He added that Iran will take action against the regime wherever necessary warning its officials that any move against Iran’s interests will be given a proper response.

“Wherever there is a harmful move, we will definitely give a serious response where and when we see fit. They are weaker than being able to challenge the Islamic system [in Iran],” he said.

“The faltering Zionist regime gets closer to its end with the passage of time. Even the pseudo-government they have is on the verge of collapse and, God-willing, the annihilation of the regime will speed up with the resistance of the sons of the Islamic Revolution and the resistance.”