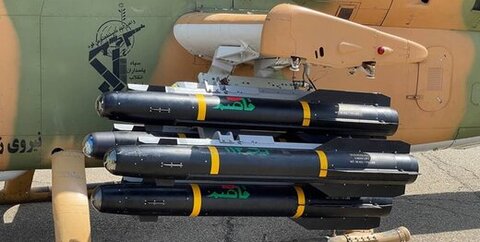 Iran’s Islamic Revolution Guards Corps has unveiled its latest weapon which can be mounted on choppers to hit enemy targets.

The IRGC Ground Force’s new weapon, called Ghaem 114, was unveiled on Wednesday during a ceremony in the presence of the IRGC Commander-in-Chief Major General Hossein Salami.

Ghaem 114 is an anti-tank missile with a range of 10 km, which is capable of destroying fixed and moving targets with a variety of thermal, television and laser detectors.

This missile weighs 50 kilograms and has a warhead weighing 15 kg.